By Ana Connell, Burbank Real Estate Agent
(G & C Properties)
As some of you may know one of the most wonderful resources we have, Griffith Park, experienced a tragic fire last month.  It was truly sobering to watch on TV and quite sad as my husband and I watched the flames in the distance, from our back yard.  After all was said and done.....more than 800 acres were burned that included Dante's View and the Bird Sanctuary.  For those who are interested in more detailed information about the fire, there is an amazing interactive map that details the path of the fire. With it's 4210 acres, Griffith Park has the distinction of being the largest municipal urban park in the United States! It is full of wonderful hiking trails and it's home to the LA Zoo, LA Observatory, Autry National Center, Greek Theater, LA Equestrian Center, Travel Town and many o... 06/14/2007
Comments 9

Flag Day and some interesting history!

By Ana Connell, Burbank Real Estate Agent
(G & C Properties)
Thursday, June 14th is Flag Day!  This day was officially established by the Proclamation of President Woodrow Wilson on May 30th, 1916, but the history is somewhat interesting!It is believed to have originated back in 1885, when a Fredonia, Wisconsin school teacher,  BJ Cigrand, had his pupils celebrate the Flag's "Birthday"!Thereafter he actively continued to advocate June 14th as the observance day for the "Flag's Birthday".Each year he picked up more supporters for the idea until June 14th eventually became a national proclamation.What's great about this story is the power of one person, with so much enthusiasm for a cause, in this case, celebrating the Flag's birthday, who managed to effect awareness and promote patriotism.It's food for thought for all of us and the hidden potentia... 06/11/2007
Comments 2

By Ana Connell, Burbank Real Estate Agent
(G & C Properties)
Monday11 3 Month & 6 Month Bill AuctionTuesday12ICSC-USB Store Sales  Tracks comparable weekly sales from major retail chains and represents 10% of total retail sales.  Is considered to be one of the most timely indicators of consumer spending. Redbook a timely indicator of consumer spending and also represents about 10% of total retail sales.  This measure tracks weekly sales from discounters, chain and department stores.4 Week bill and 10 Year Note AuctionTreasury Budget -US Treasury releases a monthly account of budget surplus or deficit.  Consensus is $-70BThe higher the deficit the more T notes and T bills have to be issued by the US Treasury to finance our government, this, depending on demand, can result in lower bond prices and higher rates. Wednesday13MBA Purchase Applications... 06/10/2007
Comments 0

By Ana Connell, Burbank Real Estate Agent
(G & C Properties)
I am somewhat of a history buff and one of the landmarks here in Burbank that has always fascinated me is Bob Hope Airport.The fascination started when I first flew out of Burbank many years ago and realized that the only way you were able to board the plane was to go onto the tarmac and go up a set of stairs!  As a kid I thought this was the coolest thing ever and I have to admit that even as an adult it leaves a warm nostalgic feeling......of course in inclement weather it's not quite so much fun or warm!  Still it's a great experience non the less.Some history on the name of the airport......this airport opened on Memorial Day Weekend, in 1930, as United Airport.  In 1967 the name changed to the Hollywood-Burbank Airport and with the name change commercial jet service was ushered to ... 06/04/2007
Comments 1

By Ana Connell, Burbank Real Estate Agent
(G & C Properties)
Join in on the fun at the Burbank Fine Arts Festival!   This fun outdoor event features work from artists whose work covers painting to pottery to chalk masterpieces!  Amazing works will be available for purchase and live entertainment for the enjoyment of all. This exciting event will happen on Saturday, June 9th and Sunday June 10th from 10am to 5pm on San Fernando Blvd. between Magnolia Blvd and Angeleno.  ADMISSION IS FREE!  06/04/2007
Comments 0

By Ana Connell, Burbank Real Estate Agent
(G & C Properties)
Monday 4Factory Orders-consensus .7% This report is viewed quite seriously as it represents what lies ahead for the manufacturing sector.  Because this sector is a large part of our overall economy it tends to influence investments in the market. Tuesday 5ICSC-USB Store Sales  Tracks comparable weekly sales from major retail chains and represents 10% of total retail sales.  Is considered to be one of the most timely indicators of consumer spending. Redbook a timely indicator of consumer spending and also represents about 10% of total retail sales.  This measure tracks weekly sales from discounters, chain and department stores.ISM Non-Manufacturing Survey This index tracks business activity levels.  It is widely looked at as it is adjusted for seasonal variations and can point to inflat... 06/03/2007
Comments 0

By Ana Connell, Burbank Real Estate Agent
(G & C Properties)
City of Burbank Water and Power is sponsoring the Solar Support Program.If you are thinking about installing a solar panel system in your home or business, Burbank is the place to do it!  You can receive up to $10,000 for residents and $25,500 for businesses in rebates! This is an amazing way to help cut down our reliance on conventional energy sources.  If you are interested in more information, please check out   Solar Photovoltaic Power and BWP's Solar Support Program!   06/03/2007
Comments 0

It's Easy to be Green!

By Ana Connell, Burbank Real Estate Agent
(G & C Properties)
Be Eco-friendly and promote green energy! Become part of the Green Energy Champion program through Burbank Water and Power!This program is open to all City of Burbank residents and businesses.  Here's how it works:You agree to commit that a percentage of your monthly power usage, anywhere from 3% to 60%, will come from green energy sources.  Your rate will  would be billed at two cents above the existing rate, for each green kilowatt-hour signed up for....... Two cents is simply Burbank Water and Power’s additional cost to provide renewable energy. Overall it costs a minimal amount per month and the green energy used in this program is above and beyond the green energy  growth plans that BWP already has in place.Make a difference and join the plan!   06/01/2007
Comments 0

By Ana Connell, Burbank Real Estate Agent
(G & C Properties)
City of Burbank Water and Power  is offering free shade trees!                     Qualifying residents can receive up to three trees and businesses can get up to 20 trees!  By providing shade and blocking out the sun's heat you cut down on air conditioning usage and  help save on energy consumption.An arborist will meet with you at your home or business to discuss how and where these trees may be planted for maximum benefit to you! This is a great opportunity for those wishing to take part in the program!  05/30/2007
Comments 0

By Ana Connell, Burbank Real Estate Agent
(G & C Properties)
A 1031 Exchange can be a very useful tool for the property owner who wants to defer capital gains on the sale of a real estate property.  Recently the Wall Street Journal and today Realtor Magazine  had a great article about investors running into trouble with the IRS because of misappropriation of funds by the qualified intermediary or QI the investors used to manage the 1031 exchange funds!If you know of any clients who utilize this tool, you may want to alert them to this situation!  In the last year two QI's have misappropriated client funds and the IRS is looking at the investors as well as the QI's.  It is unclear, other than losing the tax deferral, if the investors will face any other penalties.Your thoughts and comments are welcome!   05/30/2007
Comments 5 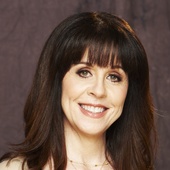 By Judy Graff
(Aaroe + Williamson)
Burbank has announced that it will not have a 4th of July fireworks show this year due to the high fire danger.  Good idea!  There have been hillside fires after the Starlight bowl show even in wet years. 05/28/2007
Comments 0

By Ana Connell, Burbank Real Estate Agent
(G & C Properties)
Starlight Bowl Summer Series is just around the corner!    This venue offers fun and entertainment for the entire family!  It includes stadium seating and a grassy area for picnic style fun for you and your children.  Musical programming includes rock, classical and shows for the kids.  The Starlight Bowl is located in the mountains above Burbank and makes for a great outing!   05/26/2007
Comments 0

Do You Live in Burbank, CA? Check this out!!

By Jon Lafferty
(Century 21 Paul)
Are you thinking about doing some new landscaping? Perhaps putting in a new garden?  A good friend recently decided he wanted to put an uncoventional but fun garden in his backyard.  However, he had an overabundance of plants, shrubs and trees which were remnants from the previous owners.   The task was a bit daunting and he was concerned with how much it would cost him to get all of the refuse hauled away.  That soon turned to relief because the city of Burbank is very accomodating when it comes to removing green waste for you.  First thing to do is visit your neighbors and ask them if you can borrow all 3 of their trash bins for a day or two.  Second, fill all of the bins up and then call the garbage removal department to inform them what type of trash it is and schedule a special pic... 05/22/2007
Comments 2

By Judy Graff
(Aaroe + Williamson)
Good news for sellers: inventory in the Burbank, Toluca Lake, Studio City and Hollywood Hills areas seems to be thinning out and properties are selling faster.  And even going in multiple offers.  Of course, the properties selling quickly are the ones that are in great shape, updated and priced right to begin with.  Will this stop or slow down again?  Prediction: yes, after July, as it usually does. 05/21/2007
Comments 0

By Ana Connell, Burbank Real Estate Agent
(G & C Properties)
Wednesday, May 23rdMortgage Applications for the week ended May 18th are released. Thursday, May 24th  New home sales for April-economists consensus is that it increased slightly to 860,000 annual rate.  This report talks about new private homes and usually lags changing mortgage rates.  New home sales tend to be stronger early in the business cycle as there is more demand.  This report tends to be more volatile and subject to large revisions and as far as I’m concerned making it somewhat unreliable.  Friday, May 25th  Existing home sales for April-Economists are predicting a drop to 6.10 million from 6.12 million homes.  This is a more reliable indicator of housing activity.  These numbers tend to be more dependent on mortgage rates.  Two worthy components of this report include the m... 05/20/2007
Comments 0

By Judy Graff
(Aaroe + Williamson)
There were 28 new properties on the Burbank Realtor caravan today.  Two years ago today, there were eight.  However, here's the good news for sellers: many properties are once again selling in days, rather than weeks.  Most of the quick-to-sell properties are in the middle range, of course. 05/17/2007
Comments 0

Write or Email your Congressional Representatives!

By Ana Connell, Burbank Real Estate Agent
(G & C Properties)
Folks there are some great pieces of legislation that have been introduced that would provide much needed relief and oversight for the real estate industry and consumer. First we have S.1394, the Mortgage Cancellation Tax Relief Act.   This piece of legislation was introduced this week by Senators Debbie Stabenow (D-Mich.) and George Voinovich (R-Ohio).   The goal is to limit or alleviate the tax burden when someone has experienced a true economic loss.  This is a huge issue for many families, especially with today's market conditions and the sub-prime loan mess.  To get more information, please read, NAR-Do Away with the Phantom Tax. We also have a bill, Community Choice in Real Estate Act (H.R. 111) to preserve a separation of banking and real estate, by keeping banks out of real esta... 05/16/2007
Comments 4
<< Previous 1 2 … 22 23 24 25 26 27 28 29 30 Next >>
Explore Burbank, CA
Burbank, CA Real Estate Professionals