By James Dray, Exceptional Agents, Outstanding Results
(Fathom Realty)
Joyce Clyde was born in David City, Nebraska back in 1891 to George and Nancy.  His father died when he was seven.  To help support the family he started selling door-to-door with a company that would later be known as Avon Products.  In 1905, Joyce and his brother invested $540.00 to buy picture postcards that he could sell to store owners.In 1910, he moved to Kansas City, Missouri with just two shoeboxes’ full of postcards.  Three years later they had opened a store selling postcards and greeting cards.  He bought an engraving machine making his own cards.  He died in 1982, he was 91.Don’t recognize the name, how about if I add his last name of Hall?  Still confused, I’ll go one step further and add the name of his company, Hallmark Cards.  This is truly an American success story.Your... 05/26/2020
Comments 19

So much to talk about, so little time

By James Dray, Exceptional Agents, Outstanding Results
(Fathom Realty)
Did you ever anticipate on meeting someone only to find out you were not prepared for them?Well this happened to me yesterday.  I have long awaited this moment when I had the extreme pleasure of meeting Sheila Anderson.  She took time out of busy schedule to meet an old timer (me) and my bride of near 50 years in Springfield, Massachusetts.  The setting was delightful, the food was great however, the company was even better.  She was everything I thought she would be and even better.  It was like meeting a friend you haven’t seen in a long time. Wonder time, we talked about or adventures, our pups (family members) and the like.  So soon we said our goodbyes until next time  06/16/2017
Comments 18 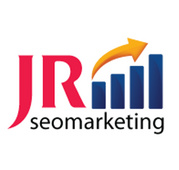 By JRSEO Marketing
(JRSEO Marketing, LLC. - Marketing Experts (800) 959 - 0182)
You will find couple of purchases in existence that carry the financial and mental weight of purchasing a house.  Regardless if you are purchasing the first home, upgrading to home of your dreams, or downsizing your house as well as your existence following the kids go, you should comprehend the guidelines for achievement on the planet of purchasing a house.   Making the incorrect decision in purchasing a house might have devastating and lengthy lasting effects, while creating a smart decision home based purchasing can greatly boost the overall worth of an investment.  It's important to understand all you are able about the field of home purchasing and mortgages before aiming to buy the house of your dreams.   While you will find lots of internet sites made to help very first time home ... 01/13/2012
Comments 1

Ever had anyone “fribble” with you? I have.

By James Dray, Exceptional Agents, Outstanding Results
(Fathom Realty)
Ever had anyone “fribble” with you?  I have. Time and time again this has happened to me and one thing is certain I know it will happen again.  As human beings we expect only the best from our fellow humans.  If you believe that come see me I’ve got something to sell you.  Anyway I know this has happened to you the question I have is how many times?  So the meaning of (frib’el) is to waste time; trifle a person who wastes time.  Any questions?  Did I waste enough of your time by you reading this post?  Have a good day 12/10/2011
Comments 10

By James Dray, Exceptional Agents, Outstanding Results
(Fathom Realty)
To everyone who is calling for stricter gun laws in light of the tragedy in Tucson, may I offer this little tidbit: If guns kill people, then pencils misspell words, cars drive drunk, and spoons make people fat! Remember: Hold the person accountable for their actions, not the means they chose to utilize!!! "Women marry men hoping they will change. Men marry women hoping they will not. So each is inevitably disappointed." Dear God, My prayer for 2011 is a fat bank account and a thin body. Please don't mix these up like you did last year. Amen       09/29/2011
Comments 12
Explore Gateway, AR
Gateway, AR Real Estate Professionals