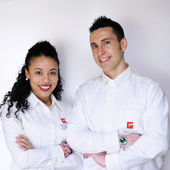 By Jason Thomas
(Royal LePage Summit)
Garneau Edmonton Real Estate The Garneau Edmonton real estate market has seen it's average sale price per square foot hover in the $320 range over the last 2 quarters.  Garneau is a highly desirable area steps to the University of Alberta campus and tends to greatly outperform the overall Edmonton average selling price per square foot.  This is despite the fact that the average year built of a home sold in Garneau last year was 1929. Buyers are paying for the land value that is very high in Garneau. Many of the lots in Garneau are zoned for future multifamily.  Since I attended the University of Alberta in the early 1990's, I've noticed more and more of the homes I walked by each day have been torn down and condos have been built in their place.  The average sale price of a condo in Gar... 04/11/2012
Comments 0

By Peg Barcelo, The FlufftasticStager from Summerland, BC
(Fluff My House! Home Staging Inc. 250.486.6369)
Want a Cinderella Story? Let the Flufftastic Fairy Help Sell Your Home Like Magic!Tired of the drudgery of endless showings and no one making an offer? Call The Flufftastic Fairy, I can help you make the most of your home for sale!   Together we will go through your home, transforming it into a desirable product that buyers will love!   I have many helpers who can tackle any problem,    to impress even the most discerning buyer!   Let me help you make your present home into a dream home for someone else! Together we can make happy endings! I wanted to change the fairy's face to mine, but I couldn't get photoshop to open... Thanx to Disney (and Google) for the pix and many years of seeing a fairy tale ending! 04/09/2012
Comments 16

By Peg Barcelo, The FlufftasticStager from Summerland, BC
(Fluff My House! Home Staging Inc. 250.486.6369)
Woo Hoo! #1 - Organic Search For Fluff My House! Home Staging in Edmonton!I know that Active Rain helps with SEO. I've seen it before. I've been on the first page of Google at the bottom of the page. I'm okay with that, it's still page one.But today when I searched for Home Staging in Edmonton, I was not only on page one but was the first  organic search that turned up, and the sixth as well! 2 spots on page one! Woo Hoo! I might have to go back and check out page 2... :D 04/07/2012
Comments 48

By Peg Barcelo, The FlufftasticStager from Summerland, BC
(Fluff My House! Home Staging Inc. 250.486.6369)
Have You Heard of Granite Transformations? Edmonton's Easiest Counter Top Replacement! This week I had two consultations in older homes that needed some updating. Both had tired, old counter tops, but were hesitant to go to the expense of new granite counter tops. Not to worry, I said, you can call Granite Transformations, here in Edmonton. They make a granite counter top that fits over top your existing counter top, like a slip cover, without any days down in renovation! Not to mention the dust etc! They both are calling for an in home consultation where their existing counters get measured and then they get to pick the colour of the new counter top. These new counter tops are not solid granite but ground up granite with a polymer added to reform it in the new shape. It is more stain, ... 04/06/2012
Comments 16

Spring Has Sprung! Obviously Someone Missed the Memo...

By Peg Barcelo, The FlufftasticStager from Summerland, BC
(Fluff My House! Home Staging Inc. 250.486.6369)
Spring Has Sprung! Obviously Someone Missed the Memo... This is what I woke up to this morning when I received a text from Harmony Redesign about' maybe not' de-staging our most recently sold home 1059 Connelly Way today. I hadn't looked outside when I replied 'what was the problem' and then walked out to where there was a view... Of this! It was dry yesterday! Art work doesn't like 'wet' too much so unless we have some plastic that's large enough, it can wait... :D   04/05/2012
Comments 14

From Vacant to Vavoom! 1059 Connelly Way - 6 Weeks From Transformed to Finished Transaction!

By Peg Barcelo, The FlufftasticStager from Summerland, BC
(Fluff My House! Home Staging Inc. 250.486.6369)
From Vacant to Vavoom! 1059 Connelly Way - 6 Weeks From Transformed to Finished Transaction!On Feb 18, I posted about 1059 Connelly Way. One of two houses we staged at the same time!Now 45 days later it has sold!I'm so excited! Cha Cha Homes, who had never used staging before, now knows how valuable it is!I can't wait to see what's next! I have two consults for owner occupied homes this week and have already planned a shopping trip with one set of sellers to find things they can take with them to their new home that will stage their present home Flufftastic! 04/03/2012
Comments 10

By Peg Barcelo, The FlufftasticStager from Summerland, BC
(Fluff My House! Home Staging Inc. 250.486.6369)
Santa is Dead...It is with a heavy heart, but a peaceful mind that we said goodbye to my father in law, Harvey Hayden Jackson on Sunday April 1, 2012. He was 77 on March 17.A blessing in disguise he is no longer suffering and, although we will miss him terribly, were glad he went as fast as he did.His love for interacting with children made him an amazing Santa for children's Christmas parties the last 7 years. I even had him drop by for two of my work Christmas parties. The ladies were thrilled, and Santa Harvey made a lasting impression that is still talked about. I had the honour of being his Mrs Claus for his last show on December 4th, 2011. He fell too ill after that and was no longer able to fulfill his duties as Santa.   He will be Memorialized on Tuesday, April 10, 2012 between ... 04/02/2012
Comments 16

From Vacant to Vavoom! 724 Caine Blvd - 20 Days From Transformed to Finished Transaction!

By Peg Barcelo, The FlufftasticStager from Summerland, BC
(Fluff My House! Home Staging Inc. 250.486.6369)
From Vacant to Vavoom!  724 Caine Blvd - 20 Days From Transformed to Finished Transaction! On March 11, I posted about a new home that I staged with my furniture Guy; David Wallace of Harmony Redesign. Now, less than 20 days later we are about to de-stage the home because it has sold! Woo Hoo! What a thrill to have 2 houses that I have staged both sell in the last 6 weeks! One sold the next day and this one in less than 3 weeks! What more proof does one need that staging works!?! If you want your home to sell quickly; Call Fluff My House!!   03/31/2012
Comments 14