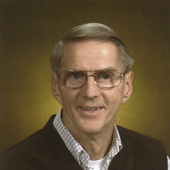 I have been a full time,full service Realtor giving professional service to both buyers and sellers in North Idaho for 14 years.I specialize in Hayden,Hayden Lake,Dalton Gardens & Coeur d'Alene

Get to know Wayne Jackson

I moved my family to this beautiful part of the country 14 years ago from the Oregon coast. We searched the Western U.S. for the place with the perfect climate and found it here in North Idaho. We left the coast to get away from the constant rain and found that much of the West was too dry and brown. The Coeur d'Alene area, being situated on the western edge of the Rocky Mountains, gets just enough rain to stay green but we still get mostly sunny days. Since Coeur d'Alene is in the mountains at about 2300 feet elevation our summers are very comfortable. Most days are in the upper 70's or lower 80's with only about 10 to 15 days per year in the 90's.

There is much to do in North Idaho. We have 3 large lakes, Lake Coeur d'Alene, Hayden Lake and Lake Pend Oreille. On a summer day you will find much of our population enjoying boating, sailing, fishing, rowing, water skiing and riding their jet skis. We also have many smaller lakes, some of which freeze for a few weeks in the winter and are popular for ice skating and ice fishing. You will also find many concerts, plays, movie theaters and the northwest largest theme park, Silverwood.

Some of the most popular sports in this area are camping, hunting, fishing,hiking,biking,rock climbing, river rafting, snow skiing, X-country skiing snowboarding and world class golfing. North Idaho has some of the best snow skiing areas in the country and lift tickets cost a small portion of what you would pay in some other places. North Idaho also has 3 beautiful bike paths. The "Trail of the Coeur d'Alenes" is a 72 mile long trail built on an old Rail Road right of way. You ride through a beautiful valley, then along the South shore of Lake Coeur d'Alene, through Heyburn State Park to the town of Harrison where you will find 3 places to eat and a bicycle shop.After Harrison the trail winds through a mixture of small farms and wetlands in the Chain Lakes Region where you will see an abundance of wildlife. The last leg takes you into the Silver Valley and ends in the small town of Mullan. There is a trail head with a restroom and a parking area about every 10 to 15 miles, so you don't need to do the whole trail in one day. The "Trail of the Hiawatha" ( also built on an old railroad) starts in Wallace Idaho and proceeds through tunnels and high bridges into Montana. The Centennial Trail is 60 miles long and begins at Higgins Point on Lake Coeur d'Alene and goes through the towns of Coeur d'Alene and Post Falls. This section is heavily used by walkers and skaters in addition to bikers. Beginning just west of Coeur d'Alene the trail follows the Spokane River into washington State and ends somewhere west of Spokane.

North Idaho also has many unique features. In front of the "Coeur d'Alene Resort" is the worlds longest floating boardwalk. The worlds longest tram is from the town of Kellog up the side of Silver Mountain. The St.Joe River, flowing from Montana to Lake Coeur d'Alene near the town of St.Maries Idaho, is the worlds highest elevation navigable river. The upper St.Joe is famous for it's great fly fishing. The Rathdrum Aquifer supplies water to most of the population of Kootenai County Idaho and Spokane County Washington and is said to be the worlds fastest flowing underground river.

Coeur d'Alene is also home to 3 colleges. North Idaho College is a 2 year institution offering the AA degree. The University of Idaho and Lewis & Clark State College both have satellite campuses in Coeur d'Alene.

bookmark_borderbookmark
Home Buying – over 8 years ago

How To Get A Killer Deal On A HUD Foreclosed Home in Coeur d'Alene, Idaho.

I have been married to the same wonderful woman for 35 years. We have 2 sons, the oldest is in his second year of law school at the University of Idaho in Moscow Idaho and is also an officer in the US Marines.. Our younger son is in his first year at North Idaho College and works as a lifegard in the summer. My wife and I both enjoy hiking and biking in this beautiful land.My favorite hobby is photography and this is the perfect place for it as we are surrounded by beauty.