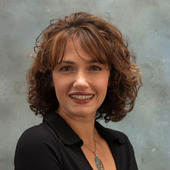 Ready For A Move? Full-time real estate professional since 2005 with over $55 million dollars of real estate sold. If you are looking for a strong, caring and creative Realtor, call me today at 703-40

Get to know Vicky Noufal

Use this section to write about yourself - don't be shy - Why should a buyer or seller want to work with you? Do you have any certifications and qualifications? What sets you apart from other agents/loan officers?

This historic region offers a special blend of picturesque mountain views, spacious parks, well-preserved architecture from the 18th and 19th centuries, an abundance of antique shops and general stores, a variety of equestrian events and, of course, old-fashioned hospitality.

Loudoun County consists of the following historic towns: Hamilton, Hillsboro, Leesburg, Lovettsville, Middleburg, Purcellville and Round Hill.Ashburn, VA -Ashburn's population is slightly over 73,000 as of 2006 and is one of the largest unincorporated areas of Loudoun County. Many of its citizens commute into Washington, D.C. and the surrounding suburbs such as Tysons Corner and Reston to their places of employment.

Ashburn, VA - Ashburn's population is slightly over 73,000 as of 2006 and is one of the largest unincorporated areas of Loudoun County. Many of its citizens commute into Washington, D.C. and the surrounding suburbs such as Tysons Corner and Reston to their places of employment.

Ashburn has multiple golf courses and two universities, and it is located between Washington Dulles International Airport and Leesburg, the county seat of Loudoun County. Located within the Dulles Technology Corridor, Ashburn is home to many high-tech businesses . Additionally, construction of the World Trade Center Dulles Airport at One Loudoun is set to begin in the fall of 2007.

Purcellville, VA - Located just west of Leesburg on Route 7, these small, tight-knit communities are steeped in history and feature great natural beauty as well as an excellent quality of life. Part of western Loudoun County, less than an hour's drive from Washington D.C., the area offers breathtaking views of the Blue Ridge Mountains and Loudoun Valley. The largest of the four communities is Purcellville with a population of some 2,500 residents. Round Hill is home to 700 residents. The real estate market in the area is diverse. Contemporary housing developments coexist with 18th century mansions and sprawling, scenic horse farms. The market is made up primarily of single-family homes.

Lovettsville, VA -Settled in 1733, by German farm families who migrated from Pennsylvania, Lovettsville is Loudoun's third largest town and its northernmost incorporated one. The town has worked extremely hard to protect its rural character. In 1979, the town opened the Lovettsville Historical Society Museum, which contains some of the towns history.

Aldie, VA -Aldie is an unincorporated village located on the John Mosby Highway (U.S. Route 50) between Gilbert's Corner and Middleburg in Loudoun County, Virginia. It is located in a gap between the Catoctin Mountain and Bull Run Mountain, through which the Little River flows.

Aldie is home to several historic shops, homes, and the Aldie Mill, which survives today as Virginia's only known gristmill powered by twin overshot water wheels. Aldie has an annual Harvest Festival in October.

Hamilton, VA -Located 40 miles north west of Washington D.C. and six miles west of Leesburg is a quaint little town named after its first postmaster. Originally know as Harmony, Hamilton began to flourish in 1868 when the Washington and Old Dominion railroad began running from Alexandria to Hamilton, bringing visitors from Washington and Baltimore looking for relief in the cooler summer air of the Loudoun Valley. In 1926, a fire destroyed much of the town's businesses and the frequent summer visitors declined. Today, Hamilton embodies the term "small town America."

Roundhill, VA -Round Hill, Virginia located 45 miles northwest of Washington D.C. lies in the Loudoun Valley at the foothills of the Blue Ridge Mountains, minutes away from Leesburg and a reasonable commute to Dulles International Airport. With its breathtaking mountain and Loudoun Valley views. Round Hill is a mecca for those seeking the advantages of privacy, acreage and lower new home construction pricing. It offers the most affordable new single family home opportunities in the Northern Virginia marketplace.

Leesburg, VA -Leesburg is a historic town and is the county seat of Loudoun County, Virginia, United States of America. Located approximately 40 miles west-northwest of Washington, D.C., at the northwestern terminus of the Dulles Greenway (a private toll road which connects to the Dulles Toll Road at Washington Dulles International Airport), it is largely a bedroom community for commuters to the national capital. Current growth of the town and its immediate area (Ashburn, Virginia) concentrates along the Dulles Greenway, and along the Leesburg Pike (State Route 7), which roughly parallels the Potomac River between Winchester to the west and Alexandria to the east.

Middleburg, VA -Middleburg is a town in Loudoun County, Virginia, United States. There are approximately 640 people currently residing in the town established in 1787 by Revolutionary War Lieutenant Colonel and Virginia statesman, Levin Powell. He purchased the land for Middleburg at $2.50 an acre from Joseph Chinn, first cousin to George Washington. Previously called "Chinn's Crossroads," Powell chose the name Middleburg because of the town's location midway between Alexandria and Winchester on the Ashby Gap trading route (now Route 50). Since the early 1900s, Middleburg began welcoming visitors that descended on the town for foxhunting and steeplechasing. The village soon earned a reputation as the "Nation's Horse and Hunt Capital," attracting prominent visitors from across the United States.

Prince William County -Many Virginia homes for sale are available in this region. With more than 4,000 miles of busy roads in the area, many commuters avoid the congestion by using the Washington Metro, which boasts 86 stops along 106 miles of track, and the Virginia Railway Express (VRE). Two major airports, Ronald Reagan Washington National Airport (DCA) and Washington Dulles International Airport (IAD), are located in Northern Virginia.

Local Schools
When relocating your family, your children's education is an important factor in deciding where to live. Reports on local schools are available to help you identify which school districts meet your family's educational needs and goals. To review these local school reports, simply click the link below or select the desired county or city and click go.