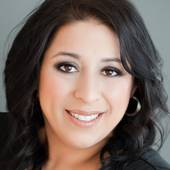 Full Service Associate Broker specializing in Residential Sales and Rentals in the Hudson Valley region. Visit me at www.HudsonValleyAgent.com.

Get to know Veronica Rodriguez

Veronica was born and raised in the Bronx. She moved to the Hudson Valley after graduating from college in 1993. She has been married to Ernie since 1995 and they have 3 beautiful children. Veronica and her family currently live in the Town of Montgomery.