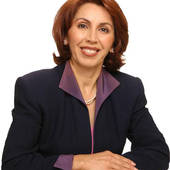 In Harmony With Your Real Estate Needs

Get to know Tuba Ghannadi

Tuba Ghannadi, has been a  resident of the South Bay since 1985, she sets herself apart by working vigorously in the real estate field, selling and listing properties.  Prior to real estate, Tuba received a Bachelors Degree in Biology and a Masters Degree in Microbiology with Honors from the University of Bridgeport. Tuba is married to Jim Ghannadi who works actively as a real estate agent, while sharing his expertise with Tuba on many transactions. Tuba and Jim have two sons and two grandchildren. Tuba and Jim's older son David, graduated from the University of San Francisco after completing his MBA Degree, and is currently working as a commercial banker at the Bank of California. David and his wife Sarah have two children Mason and Lily. Tuba's younger son Neema graduated from Loyola Marymount Law School and is a successful attorney. Tuba credits her success to the loyalty of her clients who she has represented over the last 31 years. Tuba has recieved many prestigious awards and recognitions throughout the 31 years she has been in the real estate field. She is a member of the prestigious RE/MAX Hall of Fame. Tuba takes an active role in assisting her clients with the various aspects of the real estate transaction.

bookmark_borderbookmark
Real Estate Sales and Marketing – about 2 years ago