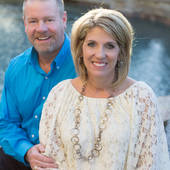 Get to know Andrew Smith

Andrew & Lisa Smith are the founders of the Smith Team (established 1997).  They have 35 years combined experience in the real estate industry and have sold over 1000 homes in their career including over 100 that other agents could not sell.  They ar residents of Woodforest subdivision and have 4 lovely children all in Montgomery ISD.

Andrew Smith is the former Team Leader for Keller Williams Realty Conroe-Lake Conroe-Huntsville-Magnolia where he recruited, coached & trainied many of the top agents in the industry.  Lisa has a background in staging and can assist home sellers in staging their home at little or no cost.

Together they are the foundation of The Smith Team.  Sherie Lucas is the Administrative Assistant and Trent MacDonald is an ISA (Inside Sales Associate) for the Team.

To learn why Keller Williams is the fastest growing real estate franchise please visit our website at http://www.conroerealestatecareers.com/video2.asp to view our short videos.  Then call to schedule a confidential interview.

Andrew and Lisa ran The Smith Team in Bryan-College Station until November 2009 when they turned the reigns over to Kathy Scott.  The Smith Team is still operating with the same systems and professionalism as it always has, since then The Smith Team has reformed in Montgomery County, Texas.

Careers worth having, businesses worth owning and lives worth living.

God, Family and then Business (not your typical real estate company).

We specialize in coaching and training real estate agents.