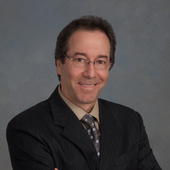 Your go-to realtor in Lower Fairfield County for 10 years. Buyers, Sellers, Short Sales, Luxury...Top 1% of over 1,100 local realtors. I promise to make your real estate experience a smooth one.

Get to know Todd Auslander

Here's a little bit about myself. I was born and raised in Westchester County, in New Rochelle. I attended Emerson College in Boston, Mass. and upon graduating with a degree in TV Production started working for MTV Networks. After a few years, I had the opportunity to work on a small film called "Desperately Seeking Susan" with an up and coming music star - Madonna. Once we finished filming, I moved out to Los Angeles, where I spent the next 13 years producing Television shows for MTV, VH1, E!, Howie Mandel, Extra and Entertainment Tonight.

After my daughter was born, I felt the need to move back east and have her grow up in the same sort of environment that I grew up in and my Wife and I decided upon Stamford.

Within a year, I produced "The Sally Jesse Raphael", but as my daughter started to grow, I saw the need to have a career where I could be there for her and unfortunately my Television career prevented me from doing that. It was then I decided upon a career in Real Estate. I figured with my experience working with budgets and negotiations as well as my ability to work with all types of people and personalities, Real Estate would be the perfect job for me and keep me close to home.

No sooner had I gotten my licence, then 9/11 hit and I received a call from the Executive Prod. from CBS News Productions asking me to Co-Produce a documentary on "Flight 93". Because of the seriousness of the situation, I couldn't say no and spent the next 3 weeks working on it. It was emotionally draining to say the least, but I felt it was a fitting "swan song" to a career. 11 months later, I was awarded an EMMY Award for Best Documentary. By this time, I was well on my way in my new career in Real Estate and never looked back.

I love what I do and apply the same work ethic I had in Television to that of Real Estate. It was that hard work that made me the top producing Associate in an office of over 80 Real Estate agents in only my 3rd year in the business.  I have been in the top 1% of over 1,100 local agents every year since.

I now have two daughters and continue to live in Stamford along with my wife. I hope that you'll give me a call when you're thinking of making a move. I guarantee you won't find a real estate associate more driven and determined to make your moving experience a pleasant one.

My goal is to deliver Level 1 Service, whether you are a 1st time buyer or someone who has made several moves.  My strength is in my negotiating skills, which has enabled me to have the 3rd highest list to sell ratio of realtors who have done more then 6 million dollars in volume.  I have gotten my sellers on average, 97% of their asking price more often then not.

Keller Williams Realty received the highest numberical score among full service real estate firms for home buyers in the proprietary J.D. Power and Associates 2010 Home Buyer/Seller Study.  Study based on 3,096 total evaluations measuring 7 firms and measures opinions of individuals who bought a home between March 2009 and April 2010.  Proprietary study results are based on experiences and perceptions of consumers surveyed March-May 2010.  Your experience may vary. Visit jdpwoer.com.

Keller Williams Realty is a company built and shaped by talented, driven real estate professionals who know the value of having a great career, accomplished colleagues, work-life balance, and a reputation for being the best in the business.

MY PROMISE TO YOU:

I return all calls and emails promptly.  My clients never have to wait more then an hour to hear back from me.  Communication is essential for a smooth transaction and my clients here from me at least once a week, sometimes daily if we're in the middle of a transaction.

ALL ABOUT OUR TOWNS: