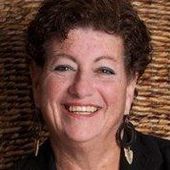 Get to know Susie Lawson

Susie is a true native of Miami.  Born on Miami Beach in 1950 and has never left this glorious city to live elsewhere.  She grew up on Key Biscayne, went to Coral Gables High and then attended the University of Miami where she earned her degree in Marketing.  She admits to being a "Cane" fan and hopes not to offend her rivals especially during football season.

She started in the real estate business in 1980 and has been full time since.  She was "Realtor of the Year" in 1983 for the Realtor Association of Miami and the Beaches.  That is a very big honor and only bestowed on an individual one time during their career.  She also served on the Board of Directors in the 80's and is again currently serving as a director.  Over the 31+ years she has been an active instructor for hundreds of rising stars at the Board of Realtors, in the local region and in her offices.

She opened Eagle Realty in 1996 as a local compnay, which grew to be a dominate force in the UpperEast section of Miami and Miami Shores.  In 2003 they partnered with Keller Williams Realty, the fastest growing and most innovative real estate company in the US today.  That office has grown to over 120 associates and they truly dominate in the Northeast section of Miami.  In 2005 she and her partner, David Carlisle, opened their second Keller Williams office on Miami Beach.  That office has incredible leadership with Tom Toolin and currently has just shy of 200 agents.

Her greatest reward has been watching her son, Steve Lawson, who lives, plays and works in Plantatio. They both have the same passion in life and that is Steve and his beautiful wife Michelle's boys - that is Susie's grandkids, Caleb, Jacob, Joshua and Matthew.  All boys.  They both work very hard and smart so they can have a balanced life with their family.

Susie has lots of areas of expertise and knowledge but her greatest asset is truly her people skills and how she cares for others.  She has a strong belief that "If you help others get everything in life they want you will always get what you want".  That is one of Zig Ziglers famous quotes and has become her internal drive.  Of course her knowledge and expertise go without saying.  Since she has been in the business full time since 1980 she has certainly seen it all.  When it comes to solving problems or challenges she knows the solutions and that usually means the sellers and buyers come out ahead.  So we say "Experience is Pricelss"  There truly is unlimited value to that experience.  Her knowledge of the local market is also unlimited value.  In the Miami Shores area where she lives and primarily focuses her business it seems like she knows everyone and their homes.

She is highly skilled at negotiating, presenting solutions to create win/wins, has high integrity and believes in "doing the right thing", great communication skills "seek first to understand"  believes "customers always come first", works with many teams because teams mean "together everyone achieves more" and has proven success  "results through people"

She is very learning based and attends many conferences throughout the US.  She is always seeking ways to improve her knowledge and skills to better serve her clients and fellow associates.  She teaches regularly in her offices and they say the "Teacher always learns the most"