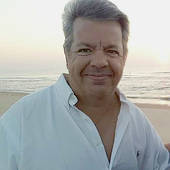 The Rental Housing Center provides premium expert Rental Search and Marketing Services. The most experienced agents in the area.

Get to know Eddie Edwards

Eddie Edwards is the most experienced Rental Expert in Northern Virginia. Ten time winner of the Tops in Leasing award over all agents and companies in Northern VA. He closes 99% of his clients in one afternoon and rarely shows more than 3 properties before his clients are perfectly happy.

Marketing is his forte' 100% of his rentals have rented since 1985  and at his peak he had nearly 1/3 of the entire MRIS/MLS system listed under his name.

He is also a professional court witness expert in leasing issues. He has helped place professional basketball teams, celebrities and most often the average every day person needing a nice rental home. He also specializes in placing families or individuals with pets.

Eddie also own his own Juice Plus+ franchise promoting healthy eating habits with the most studied nutritional products on the planet. He is always seeking agents who would like to add to there income and promote the products to SOI and clients by joining his Body Victory team. Email BodyVictory@gmail.com

He also owns the popular School for Rentals called Rent-Star, where you are made into the next Rent Star after taking his classes. You can increase your income by at least 20K after his classes.

Eddie is now looking for up to 500 agents to Join his Team Body Victory. Sell Juice Plus+ to your clients. Make money, even have your insurance paid at the NMD level.Virtual Franchise Team Body Victory Only $50.00 to join!

Eddie is also an accomplished guitarist having played since he was 6 years old. Performed with Grammy Award winning acts and has traveled the world. Opened shows for Journey to Juice Newton.

Endorsed by such people as Billionaire Bill Bartman and Social Media Expert Jennifer Abernethy. He has been featured in Business Week magazine.

Another Banner Year doing nothing but Rentals

Last time so here we go again :) I really need to hear from you if you do rentals!

Since 1985 Eddie has created a niche that no one before him has every done.

He was the first to introduce apartment community listings. He had nearly 1 out of every 3 properties in the MLS/MRIS listed under his name.

In 2011, Eddie started the Rent Star program. This program basically teaches agents how to do rentals "The Right Way" Eddie has taken 33 years of experience and rolled it into 1 day program that teaches agents no more than 2 at a time how to make money on each and every transaction. His famous 1 minute rental open house program has been a huge success!

Own RentStar, a 1 day program that teaches agents how to profit in the rental housing business