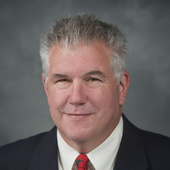 Get to know Craig Della Penna

Craig Della Penna is a successful realtor based in Northampton, MA, with an extraordinarily interesting life journey. For twenty years, he marketed rail freight, and because he has a background in railroad history, he was invited to write a series of books on the conversions of old, unused railroads into bike and hike trails.
The series of three books was a hit, and he got involved in the politics of how these projects did, or did not get built. He eventually was hired by Rails-to-Trails Conservancy as a political organizer to cover the New England region.  He traveled all over New England organizing local groups, helping to develop state policy, and speaking everywhere he would get invited. 900 miles a week was not uncommon.
After seven years, RTC closed the New England regional office and Craig began a second career—this time, as a realtor. And not just your average realtor, but one with a special niche.
In a down market, nearly all of the most successful realtors in the business have an identifiable niche business. Craig specializes in the sale of houses near to rail trails, greenways, or other conservation land and otherwise bikeable/walkable (traditional) neighborhoods. This unique real estate practice was recently featured in three national and state realtor trade magazines, a Boston Globe editorial, an article in the Wall Street Journal, many local papers, and amazingly, even in the United Airlines in-flight magazine, Hemispheres.
Today, he is the author of five books and numerous op-ed pieces/guest editorials focused on the value of rail trails and greenways in the context of residential real estate and smart growth development. And with over 1,200 lectures on these subjects in nineteen states and Canadian provinces, he is one of the most in-demand speakers on these subjects in the U.S. He has had a hand in the development of over 1,000 miles of rail trails in the eight states in the region.
In the past few years, three books have been written that feature Craig as a case study in three different realms. The most recent one, which was published by the Harvard Business Review Press, featured his creative, customer service-focused real estate marketing.
Not surprisingly, Craig is one of the top realtors in the Five College Area of the Pioneer Valley. And, also not surprisingly, he is unlike any other realtor in the area.