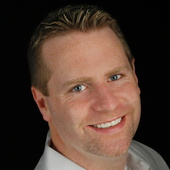 Get to know Paul Rushforth

Six years ago, Paul traded his hockey jersey for a suit and tie and has since built a real estate empire that is nothing short of Stanley Cup material. Since 2007, The Paul Rushforth Team has ranked as the #1 Keller Williams Team in Ottawa and Canada and is currently Top 5 Worldwide with no end in sight.

Paul has built his team from the ground up in such a short amount of time, starting as a single agent to today being CEO of The Paul Rushforth Team with 14 people working for him and selling over 300 homes a year. The Paul Rushforth Team prides themselves on treating every client as if they were their only client. They are service oriented, professional and driven with their ultimate goal, being your satisfaction and happiness.

Building a reputable & successful real estate team has allowed Paul to shift his focus from working in his business to working on his business. He separates himself from the competition with aggressive marketing and advertising strategies, which allow his team to sell homes fast and for more money. The biggest difference between Paul and the other agents in Ottawa is his Guaranteed Sale Program – Paul’s exclusive program guarantees your home will sell or Paul will buy it himself. A true leader looks for ideas to rise above the norm, Paul’s guaranteed sale program ensures your experience will not only be stress free but risk free as well!

Paul makes sure he gives back as well. He knows that the root of all his success is in his community and because of that he takes great pride in participating in, fundraising for and supporting local charities and events. Most recently Paul and his team have sponsored The Family Home Zone at The CHEO BBQ, an event that helped raise 45 thousand dollars for the Childrens Hospital of Eastern Ontario. Paul’s team also walked in The Weekend to End Breast Cancer, helping raise 2.1 million dollars for cancer treatment and research and they continue to participate in their local community fairs & activities and will always sponsor or lend a hand for a good cause.

In 2008, Paul was honored as a finalist for the Chamber of Commerce Professional of the Year and in 2009 he received the distinction of one of the Top 40 Under 40 Business Professionals in Ottawa. The Top 40 Under 40 recognizes business professionals in Ottawa that “balance bottom line results with a desire to participate in charitable and community events”. Being a recipient of both awards was the recognition of achieving a momentous goal for Paul, both are nominations and awards that Paul does not take lightly and are extremely proud of. He understands the value of hard work and is proud and happy to be able to provide the services that he and his team offer their friends, family and trusted clients.

It would be an understatement to say that Paul has taken the real estate market by storm. In six short years, Paul and his team have helped over 1000 families reach their real estate dreams. He continues to train and consult agents throughout the industry and is considered one of the most forward thinking pioneers in the industry, blazing trails for those around him.

Paul loves dealing with people and believes that his teams’ success stems from him providing outstanding care and services to his clients without imposing limits on either himself or his team. At the end of the day, he gives 100%, he always has and always will.

Paul and his team continue to ensure your entire real estate experience is stress free, risk free and enjoyable. Similar to his performance results, there is no end in sight for this powerful empire.

From Bought to Sold & In Between - It's FINISHED!!!

Episode 9 - Ottawa Real Estate Flip - From Bought to Sold & In Between!

Episode 6 - From Bought to SOLD & In Between - The FLIP

The fact is, there isn't much more to the average agent than the agent themselves. Most agents operate a one-person show - and they're probably breaking their backs trying to do a good job for their clients. Most agents couldn't really work any harder than they're already working.

We know, because we used to do it this way.

But we don't anymore because we found that our client's suffered from our good intentions. The fact is, you may be sympathetic to the fact that your agent is working as hard as humanly possible, but if the quality and profitability of your home sale suffers as a result of them trying to do everything themselves . . . well,

. . .you have a right to feel cheated

The simple explanation is that we built a team of professionals to help us be in 10 places at once, and therefore greatly enhance the quality of service we can deliver to our clients. This is basically how other professionals like your banker or lawyer operate. And on top of this, we've used cutting edge technology to dramatically improve the speed, efficiency and innovative capabilities of every part of the service we deliver.

We don't expect you to care about the fine-details of the inner-workings of our office. What you should care about is simply this. Because of the highly unique way we've structured our real estate office . . .

Our client's homes sell for more money in less time!

And because our Team sells a lot of homes, we have extensive homeselling experience that puts more money in our client's pockets.