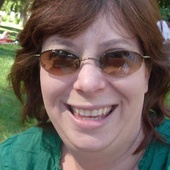 Specializing in first time home buyers and REOs in the Sacramento / Arden / Natomas / Carmichael and other areas that my clients want to go.

Get to know Nancy Bergman

"Why are you getting into real estate in one of the most depressed markets, ever?" That was the first sentence my real estate instructor asked me in a class of ten others. My answer a simple one. Crazy yes, but this is the best time. Homes in Sacramento and the California Central Valley dropped like a stone. Houses around here are cheaper than fancy cars. No joke. Ordinary people that have spend $1200 on rent can buy something, finally!

Before getting my license, I worked in TV media research for 15 years.  But outside work, I was learning something more, learning about remodeling houses. In fact,  I remodeled my North Sacramento home three times as an owner builder. It was a 1950 ranch style home with 1300 sq ft; it now has 2100 sq ft.  The last major remodel as of now, included adding on 700 square feet which included a laundry room and a hotel like master suite. Think that was crazy, I also had two small children running around a house that looked like a bomb hit it. If you ever watched any of those shows from DIY, like "Family Under Construction", that was a typically scene at our house for 9 months.

Once that was completed, my husband and I decided that I needed another project. I laugh as I say this. But the housing market was crashing right before our eyes and houses were at the lowest ever. When would we be able to buy another house in our lifetime in California? Now, we thought. So, we began looking at homes that needed work in an area that many agents simply wouldn't want to drive near. I didn't think the homes were bad, just needed a little TLC. So, after looking at 100+ homes with several agents who would rather sell the half million dollar homes, we bought one and became landlords. Easy... maybe.

Late last summer, we bought another one, a duplex... It needed repairs and then some. I fixed it up and made it nice to rent. So nice, I never had to put a "for rent" sign in the yard. The tenants, they just needed a new place to call home. Since we bought the duplex, a playground has opened up, people are walking around the streets and the neighbors are the nicest people you'll ever meet.

I am always looking for a good deal. If I find burberry items in a thirft store, I can find you a diamond for your next home. Otherwise, I am just the typical busy mom of two and wife who has lived in Sacramento for the past nine years.

Home Buying – over 9 years ago

Home Buying – over 9 years ago

Looking for A Great Home, Try A HUD

What are you looking for? A first time home in a nice area in Sacramento. There are numerous neighborhoods that I know that would be great to raise a family. I will not put you in house that you can't afford. I will show you whatever house in whatever area in North Sacramento no matter what the price is. I have to say the range in North Sacramento literally ranges from $40K to $500,000. So, if you are ready to leave your landlord, I am ready to help.

Investors... boy do I know the house that will pay the mortgage and then some. You may have to get your hands a bit dirty, but that shouldn't scare you. These homes just need a little care, but you can sit back and see the investment work for you.