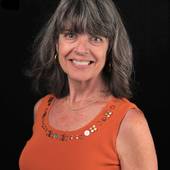 Get to know Kathie Burby

I first came to Tuolumne County from the lakes region of New Hampshire to hike in Yosemite National Park. That was 41 years ago. Tuolumne County has so much to offer from the foothills to the crest of the Sierra Nevada Mountains it was impossible not to fall in love with the area. In the unique small towns of Sonora, Columbia, Jamestown, Groveland and Twain Harte I found other transplanted New Englanders and immediately felt at home. With historic gold mining towns, the pristine Emigrant Wilderness, world renowned Yosemite National Park, the Stanislaus National Forest, numerous lakes and rivers, it is both a recreation paradise and a wonderful place to live. The arts, live theater, museums, and entertainment are plentiful here in the beautiful Sierra Foothills.

Sonora Ca - Queen of the Southern Mines - rich in Gold Rush history - Sonora is the largest of the small towns and the county seat at an elevation of 2200 ft. It is located between Yosemite National Park and the Stanislaus National Forest and filled with recreation activities such as skiing, boating, fishing, hiking and rafting. You'll also find the area alive in the arts with three area playhouses and numerous galleries featuring local artists.

Jamestown CA - is a small Gold Rush town well known to the film industry (Little House on the Prarie, Back to the Future 3 among others were filmed here) at an elevation of 1,477 feet, with an estimated population of 2,178.

Columbia CA - frozen in the 1800's. Today, Columbia State Historic Park is the best preserved of California gold rush towns.
Columbia College, a California Community College, offers a unique education experience in a beautiful rural setting on over 200 acres. At an elevation of 2100 ft snow here is a rarity, but its close proximity to the Stanislaus River lets you beat the heat in the summer.

Groveland CA - Located in the southern part of the county, gold, water and Yosemite are responsible for this natural stopping off point on Highway 120 to a variety of vacation destinations. Only 26 miles from the Yosemite National Park entrance, this historic community is the most convenient gateway to this treasured national landmark for tourists coming from the San Francisco Bay area, Sacramento or Stockton and Modesto. At an elevation of 2800 ft it is truly above the fog and below the snow.

Twain Harte CA - named for Mark Twain and Bret Harte - Tall pines and an idyllic mountain lake have drawn people to Twain Harte from the earliest days. Before golf courses, summer homes and dinner houses were Twain Harte's landmarks, the Mi-Wuk Indians called home a lakeside camp near Twain Harte Lake's popular "Rock". ("The Rock" as residents call a sweeping expanse of granite near the Twain Harte Lake Dam, is the area's oldest landmark).  This is home to the renowned Twain Harte Arts & Wine Festival held each summer. The streets are blocked to traffic to accomodate the many artists who travel from all over the state to display their wares. At an elevation of 3800 ft it is an ideal winter playground or a place to beat the heat in the summer.