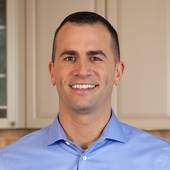 Lamacchia Realty, Inc. is quickly becoming one of the best real estate teams in the country! Our goal is to be the best team in the world while providing the best service in the industry!

Get to know Anthony Lamacchia

We are very quickly rising in the ranks and are on a mission to be the number one real estate team in the world while providing the absolute best service in the business!! While most agents are blaming the market, we are adapting to it.

Anthony comes from Watertown, Massachusetts and is the Broker/Owner-CEO of Lamacchia Realty. He started as a real estate agent in 2004 after spending his childhood and early adult life working at his Dad’s Landscape Construction Company.  It was there that he first learned  about business and also what it takes to build, design, and showcase homes.  He was responsible for all masonry and large scale landscape construction projects. He also obtained a Massachusetts builders license in 2003 and has kept it up ever since to be sure he stays informed on the latest updates in residential building codes.

After buying his first property at age 21 and more properties by age 23, he realized real estate was where he wanted to be.  In 2004, he made the jump into real estate sales with the agent who helped him buy and sell a few of those properties: John McGeough.  Anthony liked how honest and knowledgeable John was as an agent so they agreed to work together.  He hit the ground running and immediately began selling numerous properties. In 2005, he and John started McGeough Lamacchia Realty Inc. with the help of their first employee, Sarah Chaisson, who is now the Director of the company. Since then, the company has grown significantly.  With the help of their team members Anthony and John have  been the #1 agents by transaction in Massachusetts since 2010.

In 2014, Anthony became the sole owner of McGeough Lamacchia Realty as John decided to get back into commercial and residential development projects. Now, Anthony spends most of his time running Lamacchia Realty, training agents, and continues advising buyers and sellers.

Anthony is extremely involved and very passionate about advocating for homeownership, real estate development, tax policy related to Real Estate and fellow Realtors. He has traveled to Washington, DC to meet with members of Congress, Senators and various regulatory agencies to defend homeownership, distressed homeowners and mortgage lending. In 2008, when the market fell apart and many distressed homeowners needed short sales, Anthony established relationships with executives at the nation’s largest banks and Government Sponsored Enterprises. He traveled all over the country to meet the right people to make sure that clients of Lamacchia Realty were taken care of.

He is also a President’s Circle member of the Realtors® Political Action Committee, which gives financial support to members of Congress and the Senate who support real estate causes.

Anthony is often featured on FOX25 Morning News in Boston as a Real Estate Expert.  He has also been interviewed by otherlocal media outlets such as ABC affiliate WCVB-TV, New England Cable News and other national media outlets including the Wall Street Journal. Anthony and John  have been the number one Real Estate Agents in Massachusetts since 2010 and have ranked in the top 100 in the country since 2011. Lamacchia Realty has been recognized not only as one of the fastest growing companies in Massachusetts, but has also made the Inc. 500|5000 list of the fastest-growing private companies in America for three years in a row.

Home Selling – about 6 years ago

Why Buying a House in the Winter is a Smart Move

Home Selling – about 6 years ago

Need to Sell Your Home in Massachusetts? We Can Make That Happen

Lamacchia Realty is an innovative real estate company serving all of Massachusetts and Southern New Hampshire.