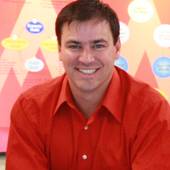 Get to know T.J. Barnhart

TJ is a Northwest native, born and raised in Montana. He attended North Idaho College in Coeur d’Alene, obtained an Associate of Science and Associate of Arts, Business Administration Degree. Went on to University of Idaho where he received his Bachelor of Science, Business Marketing Degree.  He studied Real Estate Essentials and Practices and received his Idaho Real Estate License in 2004.
Not only is TJ involved in the CDA business community, but he is also very involved in Coeur d’Alene civic affairs.   TJ helped found the Coeur Group in 2004, which is a collection of young businessmen in the Coeur d'Alene area who have banded together to contribute to the community by donating time and resources to various causes and charitable organizations in the area. In 2008, TJ helped raise $70,000 for the Kroc Center.  He volunteers his time to the Coeur d’Alene Library, the Coeur d’Alene Dog Park, Idaho Drug Free Youth and the Boys and Girls Club.  He was one of the founders of The Viking Vault, Lake City Locker, Local Middle Schools and Elementary Locker Programs.  In 2011 TJ trained for and completed  the IRONMAN competition here in Coeur d’Alene!
TJ lives in Coeur d’Alene, with  his wife and 4 beautiful children, with whom he enjoys all that this area has to offer.
Specialties (6)
Languages (1)