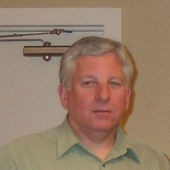 Call for Peace of Mind, We'll do the rest

McCurdy Electrical Services offers over 3 decades of experience in the electrical service industry.