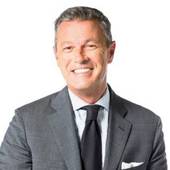 Our Team of 60 professionals is dedicated to providing you the Myrtle Beach market information needed to make the best home buying and home selling decisions for you and your family.

Get to know Jamie Broadhurst

We at CENTURY 21 Broadhurst are so excited about your interest in the Myrtle Beach Area. We think you’ve made a wonderful choice by considering a move to what we affectionately call the “Grand Strand”. We love it here and we know you will too!!

CENTURY 21 Broadhurst is eager to assist you in your relocation. Whether you’re interested in a permanent residence, vacation home, commercial or rental property, I’m confident we can help you find just what you’re looking for along the coast. With almost 40 years in business in the Myrtle Beach market, CENTURY 21 Broadhurst is one of the most distinguished and experienced real estate firms on the Grand Strand. Our sales professionals are uniquely equipped, thoroughly trained and ready to serve you with all your real estate needs.

When you’re ready to visit our area to look more closely at what Myrtle Beach and the Grand Strand area have to offer, contact us at: 843.448.7169 or century21broadhurst.com and download our Buyer & Seller Guides as well as all the great properties available!!

bookmark_borderbookmark
Home Selling – over 1 year ago

bookmark_borderbookmark
Home Buying – over 3 years ago

Century 21 Broadhurst "Do What You Do Best"

Century 21 Broadhurst​ "Do what you do best and leave your Real Estate to us...

For almost 40 years, CENTURY 21 Broadhurst has been a part of the Grand Strand area, our little corner of the coast. We concentrate in real estate throughout the 60 miles from Little River to Georgetown.

Here’s a brief summary of these wonderful areas -- each a jewel in the crown that we affectionately call the Grand Strand.

You won’t find it anywhere on a map because the Grand Strand isn’t just one place.  It’s a nickname commonly used to describe the 60-mile stretch of coastline from the South Carolina state line in Little River (Horry County) to Pawleys Island, located south of Myrtle Beach in Georgetown County. Consistently ranked among the top vacation destinations in the United States, the Grand Strand welcomes an estimated 15 million visitors annually.

The “heart” of the Grand Strand -- and that of the entire South Carolina coast -- is Myrtle Beach. With millions of visitors to the city each year, Myrtle Beach is the perennial leader among vacation destinations along the East Coast.

“The Family Beach”, located on the beautiful blue Atlantic Ocean, near the heart of the Grand Strand just a few miles south of Myrtle Beach, has long been a popular address for vacationers, retirees and others relocating to the area.

Just south of Surfside, a family-oriented community that features hundreds of residential homes, summer cottages and condominiums. Garden City is also one of the Grand Strand area’s most popular retirement destinations, offering a number of controlled access senior citizens communities.

Murrells Inlet is the oldest fishing village in South Carolina and one of the most unique places of its kind anywhere in the country. Today, Murrells Inlet enjoys the title of “Seafood Capital of South Carolina”, a designation earned as a result of the local area fish, shrimp, crabs and oysters that thrive in and around the inlet.

Stately old oak trees overhang the roadway, punctuating an orchestrated blend of natural surrounding and inevitable growth in this beautiful part of the Grand Strand. Litchfield Beach features beautiful wide beaches and is known for its golf courses and fine dining restaurants -- some of the best along the Grand Strand.

Proudly proclaims itself as the oldest resort area in America, a claim whose origins trace back to the early 1700s when the 2-mile barrier island was a popular summer retreat for wealthy plantation owners and their families. Despite hurricanes and the ravages of time, many of the weather-worn, old cottages still remain as a testament to both history and what has come to be known as a “laid-back” and relaxed lifestyle, unhurried by their more commercialized neighbors to the north, Surfside, Myrtle Beach and North Myrtle Beach.

At the southernmost end of the Grand Strand is Georgetown, a community, whose heritage dates back to 1729, making it the third-oldest city in South Carolina, behind Charleston and Beaufort Today, Georgetown‘s past can easily be seen in the preservation of its cobblestone streets leading to churches and homes that are over two hundred years old.