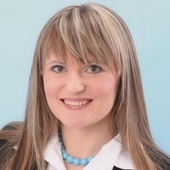 Get to know Iryna Sysenko

Use this section to write about yourself - don't be shy - Why should a buyer or seller want to work with you? Do you have any certifications and qualifications? What sets you apart from other agents/loan officers?

ActiveRain Community – over 10 years ago

Homes for sale in Las Vegas and Henderson - No bank hassles, real owners!

ActiveRain Community – over 10 years ago

Investor is selling his rental portfolio. Cash flow from day one!