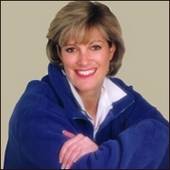 Gayle began her real estate career as an agent after recognizing the potential of the Internet. At the time, she worked with some of the larger established firms in the area. But it quickly became apparent that her vision could not be realized as an agent in another firm. So in 2006, at the beginning of one of the most devastating economic downturns in real estate history, Gayle set out on her own and formed Gayle Harvey Real Estate. She founded the firm on the principles she learned growing up on her family farm, her love of Central Virginia inherited from generations before her, and a passion to employ technology to improve the real estate experience. During the intervening years, Gayle Harvey Real Estate has experienced uninterrupted growth, validating the original vision Gayle had for the business.