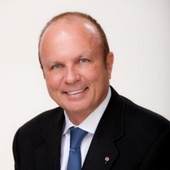 Don Matheson and The Matheson Team specialize in assisting buyers and sellers in Golf Communities in North Scottsdale.

Get to know Don Matheson

Don Matheson is the founder of AZGolfHomes.com, ScottsdaleRealEstate.com, DCRanchHomes.com and the Matheson Team of RE/MAX Fine Properties in Scottsdale, Arizona.

Canadian by birth, Don emigrated to the US in 1995.  He has built The Matheson Team by giving superior service to clients Valley-wide. With over $109.7 million in sales in 2010 and over $82 million in 2011, RE/MAX ranks Don and his team #1 in Arizona and #5 in the United States. In 2010, Don and his team closed 532 transactions in the Phoenix area. Don achieved the RE/MAX Circle of Legends Career Award in 2008. To date, slightly over 121 people in the RE/MAX system have reached this level of excellence.

Don attributes much of the team's success to its pioneering efforts on the Internet and looks for it to drive future growth. A true entrepreneur. Don isn't just in the real estate business; he is reinventing the business of real estate by maximizing the Internet's potential through his proactive and systematic approach to listings and buyers online. Don and his team generate over 33% of their sales volume from the Internet, second only to the team's referrals.