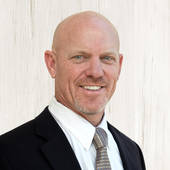 DJ Morris is the owner of Springbok Realty and specializes in the development of Abacoa, golf course communities, and waterfront property in Jupiter, Florida and surrounding areas.

Get to know DJ Morris

After graduating high school, DJ attended Texas Christian University in Ft. Worth, Texas where he lettered and played on the TCU Golf Team.  In 1990, after qualifying for the US Amateur at Cherry Hills CC in Denver, DJ fell in love with Colorado.  After receiving a scholarship offer from the Colorado Golf Coach, he decided to transfer to the University of Colorado at Boulder and complete his final two years before graduating in 1992.  During his tenure at Colorado, DJ had a 3.5 GPA and was fortunate enough to be honored as an Academic All-American and was also awarded the Phillips 66 Classroom Champion for excelling in both the classroom as well as on the golf course.

After graduating from University of Colorado with a BA in Communication in 1992, DJ decided to pursue his golf career and turn professional.  As a Professional Golfer he was able to experience two of his life-long passions, golf and travel.  For the next 11 years, he traveled all over the world competing on various Pro Golf Tours in Asia, South America, and the USA.  In 1995, he moved to Jupiter to play the satellite tour started by Jack Nicklaus called the Golden Bear Tour where he successfully competed and became a tournament winner at The Loxahatchee Golf Club in Jupiter, Florida shooting scores of 69-66-67 for a 14 under par total for the week.  Jupiter quickly became his new favorite town!

In 1998 he returned to Florida after competing on the Asian Tour and in a few short months a series of events changed his life.  First, he finished in the top five in four straight Golden Bear Tour events, then he met his future wife Kristen, and soon thereafter he began his passion for real estate when he purchased his first home in Jupiter.

In 2003 he decided to give up the roller-coaster life of being a Pro Golfer, got married to his long-time girlfriend, and became a full-time Realtor.  Specializing in Jupiter, Abacoa, and the Palm Beach area, DJ immediately excelled in real estate and received several awards for top sales.

In his spare time he runs, swims, is an avid cyclist, and Triathlete.  In 2008, at the Age of 40, he took his love for triathlon to a new level and successfully completed the 140.6 mile Ironman.

The Bluffs in Jupiter FL

As a real estate expert in the Abacoa, Jupiter, and Palm Beach area, DJ has a dedicated and knowledgeable experience that will provide you with the highly specialized information that you will need to make the right decision. The combination of his unique market-knowledge and excellent negotiating skills, will help enable you to get the optimal price for any property you plan to buy or sell.

Trust is hard to come by in today's fiercely competitive real estate market. DJ will provide you with the professionalism and integrity needed to ensure that you feel secure in what can be one of the biggest decisions of your life.