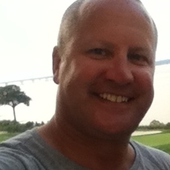 At The Real Estate Consulting Group we take pride in educating our customers and clients so that they are prepared to make educated decisions when involved in a Real Estate Transaction. Welcome!

Get to know Tom Kashner

Tom Kashner is a born native of Delaware. He is a graduate of Caesar Rodney High School located in Camden De. While attending CR he participated in Football, Wrestling, Track, FFA (Future Farmers of America), The Letterman's Club, and the Thespian Club. He also played Baseball, Softball and other sports that were not affiliated with school. During his highschool years, Tom spent many hours helping with the Special Olympic events. He also attended Delaware State College (Delaware State University) majoring in Physical Education and a minor in Special Education. During his tenure at DSU, Tom had the pleasure of being a resident student. He also helped found a chapter of Alpha Phi Delta, a social faternity. After leaving DSU to start a career in Law Enforcement, he attended Delaware Technical majoring in Criminal Justice. He attended the Wilmington Police Academy and graduated with the 82nd Police Academy Class in 1991. He spent the next 15 years as a Police Officer working for the State of Delaware. As a police officer he spent time as a road officer investigating crimes involving; traffic, drugs and other crimes against the State. He also spent time as a special investigator, investigating corporate law crimes as well as official bribery cases. Tom also spent several years as the Senior Recruiter for his police department. During these years Tom was trained in Marketing as well as Production Development. He spent his last few years as the Officer in Charge of the Governor of the State of Delaware's security. Tom was a decorated Sergeant and finally left his position to concentrate on his business in Real Estate. While juggling both jobs as being a fulltime police sergeant and fulltime REALTOR, he attended classes to attain his ABR designation (Accredited Buyer Representative). During these long grueling hours, Tom was also able to earn several local, regional, National and International awards with EXIT International. With his support and commitment Delaware was internationally recognized as being the highest productive region (per capita) in 2005-2006. He has been practicing real estate since August 2004. In January '06 Tom took steps to start his own Real Estate Team, "The Real Estate Consulting Group" aka "RECG", to better serve his clients. His team is built on the belief that homes sells themselves and that clients need to be better equiped with knowledge when purchasing a home. Therefore, "RECG" is there to consult with their clients and weigh the pro's and con's of home buying. December 2007 Tom regrets to say that his broker chose to close his doors which left him in a delema on where he would take his team to continue helping his clients. Tom has found a home at Keller Williams Central Delaware where he and his partner Jim Wirick set sail to provide the same great service that was afforded to our clients in the past. In 2009 Tom took a position as the CEO of Keller Williams At The Beach where he provided consulting and coaching real estate agents to take their real estate careers to the next level. Tom currently holds his license with Re/Max Associates in Lewes Delaware. The Real Estate Consulting Group looks forward to working with clients and other Real Etstate professionals.

Tom is single parent of three children (Dillon, Alex and AVA) and one precious dog (Maxium). He enjoys spending time with family and friends. He has a special calling for helping others and still over 25 years later has a role in the Special Olympics. In his rare, spare time, Tom enjoys listening to all types of music, shopping, and cruising to the beach to enjoy the fun, sun and pizza!!

NEWS FLASH! Tom Kashner has taken his Team to the NEXT Level. Tom Kashner relocated from Keller Williams Central Delaware/At the Beach to RE/MAX Associates in Lewes Delaware. He can be reached by calling his cell number at 302-745-0606. Call today to see the newly implemented services given by The Real Estate Consulting Group!!

This is a great Real Estate Market….Maybe, Maybe Not

How Long Does a Banruptcy Last

Tom's service areas include the ENTIRE State of Delaware. He specializes in residential, commercial, business opportunities, land and development, and investments. So, whether you are looking to buy, sell, invest, or rent, Tom will assist you! Tom has taken the oportunity to train with top producers in the Real Estate business to obtain the essential skills to provide top support to his clients in their deals. He is a ABR designee and is working towards his CRS. Tom Kashner was feature in the book "Investing in Forclosures for Dummies". Call Tom Kashner for all your Real Estate needs.