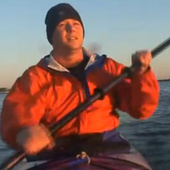 Real estate sales at the Beach

Get to know Michael Brown

With over 65 sales in 2006 Coastal Mobiles has established itself as the "Sussex County Delaware Mobile Homes Specialists"  We can help you find the perfect vacation home as well as mobile home financing for mobile homes on rented ground.

We are not limited to manufactured housing sales, please take a look at Townhomes and Condominiums for sales in Rehoboth Beach, Dewey Beach and Historic Lewes at  condosrehobothbeach.com

Secrets from a six figure agent.

Thanks to websites like Active Rain we had our best year to date. In a down market we actually added 4 members to our team and averaged 2 sales a week the entire year. The Brown & West team is no longer just Mobile Homes in Millsboro! This year saw sales of everything from $10,000 mobile homes to $1,000,000 beach castles. We also had two new websites released www.condosrehobothbeach.com and www.deh2o.com with another six in the works.

Michael has partnered with his good friend Jeremy Bell and formed AMPS211.com

AMPS211 is both a Delaware SEO Company and designer of web applications for both real estate agents and others in need of custom web development. One of our first major projects was designing a web platform for real estate agents at Ocean Atlantic Sotheby's International Realty in Rehoboth Beach Delaware.