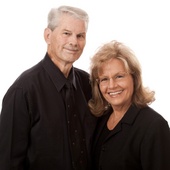 We are a full-service team of specialists with over 100 years combined experience in Gilbert, Arizona. We specialize in bank-owned, short sales, investment, new & resale homes plus residential lots!

Get to know Cindy Flowers

bookmark_borderbookmark
Home Buying – about 11 years ago

Now is the Time to Buy, Not Rent in Gilber, AZ

2000 to Present Keller Williams Integrity First Realty
The Flowers Team is one of the top teams at Keller Williams Integrity First Realty. Cindy is an Associate Broker & CRS (Certified Residential Specialist), a designation attributed to only 4% of Realtors nationally. She also holds a CDPE (Certified Distressed Property Expert) designation. Bill has the ABR designation (Accredited Buyer Representative), demonstrating
additional education in buyer representation. Both are consistent Multi-Million Dollar Award Winners with the Southeast Valley Association of Realtors. The Flowers Team is experienced in all aspects of residential real estate sales, marketing, finance and escrow. We specialize in sales and marketing of new, resale and custom homes, and custom lots in the Southeast Valley since 1981. The Bill and Cindy Flowers Team joined Keller Williams to become part of the fastest growing real estate company in the state as well as the nation. Have also specialized in new home subdivision sales management and promotion of 35 subdivisions over 30 years in the Phoenix Metro area.

1997 - 2000 Realty Executives
Sold over $16 million in residential real estate in 119 transaction sides in 1997. Top New Homes Sales Award for Southeast
Valley Association of Realtors for 1995, 1996 & 1997. Specialized in new, resale and custom homes and lots in the Southeast Valley.

1989 - 1997 The Prudential Arizona Realty
Received the Chairman's Circle Award, presented to the top 1% of over 35,000 Prudential real estate agents in the nation. Top company listing agents for 1995 and 1996 for Prudential Arizona Realty. 1997 - #4 in the company out of 450 agents in total
production. As a branch manager at two different locations, Cindy hired, supervised and trained 50 full-time real estate agents. Bill & Cindy won honors as 10th in the nation out of 35,000 Prudential agents for 167 closed transactions in 1995. Prudential Arizona Realty was sold in 1997 causing Cindy to Join Realty Executives. Bill joined Cindy as a full-time agent in 1993.
Previously Bill managed several award-winning branch offices for Truly Nolen, and owned his own agriculture machinery supply company for many years in Chandler.

1983 - 1984 Pulte Home Corporation
Cindy was Sales Manager & On-site Sales Agent. Personally sold over 100 homes for more than $9,000,000 in less than one year. Recipient of numerous awards for top salesperson of the month and year for Arizona.

1981 - 1982 Stapley-Mabry Realty & American ERA Realty
Cindy was a Realtor specializing in all types of residential resale and new homes. Multi-million dollar producer in a marketplace with a prime interest rate of 21% and fixed mortgage rates of 18.5%. Top rookie for ERA in the state of Arizona in 1981.