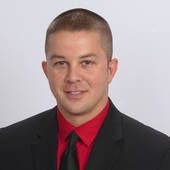 Get to know Brandon Patton

Brandon Patton has lived in the Tri Cities for over 25 years!

He joined the Army when he was 17 years old. He deployed deployed to Iraq in 2003 and earned the status of being a combat veteran.

After Brandon Patton served in the  military he was hired on Hanford Patrol.

Brandon Patton has earned 4 degrees! He has  an AA in Criminal Justice, a General AA, a BA in Social Science and an MBA.

Brandon Patton is  married to his High School sweetheart. They have been married for over 16 years!

Brandon and Brylee Patton have 3 kids together and live in Horn Rapids in Richland Washington.

If you are thinking about buying or selling a house in Tri Cities then Brandon Patton of Real Estate Market Leaders would be glad to help you.

bookmark_borderbookmark
Home Buying – about 7 years ago

Brandon Patton is a Listing broker for HUD,Fannie Mae and the VA. He also list a bunch of residential homes for sale for people who are looking to sell their home to upgrade in the Tri Cities Washington Area.

Brandon Patton has sold over 500 homes in Tri Cities