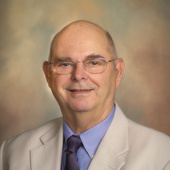 Get to know Stanley Cobb

After I graduated from high school, I joined the United States Navy and remained on active duty for 20 years. I began my career an aircraft mechanic, starting out on the Navy F-8U Crusader Aircraft shown below.

After several years in maintenance I was selected for the Navy Aircrew program and earned the designation of Flight Engineer on the Navy's C130 Aircraft.

I was later transferred to a squadron of E-2C Aircraft, based in Norfolk, VA, assigned to the USS John F. Kennedy, which deployed to the Mediterranean Sea for extended periods of time.

I retired from the Navy as a Chief Petty Officer and then I worked at the Naval Aviation Depot where I used my experience in aircraft maintenance, logistics, budgeting and program management. I attended night classes and earned my Bachelors Degree in Management from Troy State University. . I am now back in Savannah where I am an active Real Estate Agent with Realty Executives, Coastal Empire. Our office is located just outside the Hunter Army Airfield entrance on Stephenson Ave. If you are in the area please give me a call or stop by for a visit.

bookmark_borderbookmark
ActiveRain Community – over 12 years ago

I enjoy working with all buyers and sellers.

It is especially rewarding to work with the young first timers and see the excitement in their faces when they are making their first purchase.  I have not developed a special niche yet, but lean towards working with senior citizens, helping them when they decide it is time for a change, such as downsizing from a large home and yard to a modest condo or townhome, or even moving into a retirement community, or in the worst case, helping family members with selling a home after the elderly loved ones have to be moved into a nursing home or care facility.

As a retiree, I became a realtor to keep busy and to offfer my assistance to anyone who is in the market to buy or sell.  I enjoy providing a service to everyone and take great pride in doing the best job possible, regardless of the commission.  I do not care what the income level is or what the price of the home is, I am more interested in the hapiness and wellbeing of my clients.  If they are happy I am happy.  I consider myself a problem solver, helping people find a home they will enjoy.

As an example I worked with an elderly lady who was about to go into foreclosure when she called me.  I talked with her and realized that if she sold her home to avoid foreclosure she would be homeless because she had no equity in the home.  I was able to put her in touch with certain agencies here and she was able to work with them and avoid losing her home.  I did not gain anything monetarily, but I cannot describe how wonderful I felt inside to know that she was not going to lose her home.