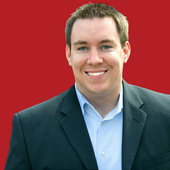 Get to know Ben Kinney

Ben is a nationally recognized trainer and speaker. In the last few years he has personally trained over 100,000 business owners via conferences, classes, and webinars.

Ben Kinney along with the NY Times best selling author Jay Papasan wrote and published an award winning book named: Soci@l - How to attract friends, followers, and connections to your real estate business.

Ben Kinney created - IMSD (Internet Marketing Specialist Designation) which teaches agents the tools and systems needed to thrive in the toughest of markets. IMSD has since been sold to a large publicly traded company.

bookmark_borderbookmark
ActiveRain Community – over 1 year ago

bookmark_borderbookmark
ActiveRain Community – over 3 years ago

How to Build Wealth and Have A Better Life

bookmark_borderbookmark
ActiveRain Community – over 5 years ago

Join Us to Discuss the Future of ActiveRain

When Ben is not working - he enjoys fishing Washington rivers for Steelhead, playing with his golden retriever Taupo, and cooking.