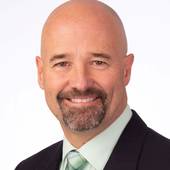 Get to know Beau Ferguson

A Screen Actors Guild Member and graduate of some of the top Acting Studios in Los Angeles, Beau spent several decades working in the Performing Arts Arena. With over 60 film, TV, Commercial, & Theatrical Credits to his name, he played a broad range of roles and earned the respect of his peers in the industry. After missing his southern roots, Beau decided to explore other avenues in order to achieve his financial & family goals. He moved to the Carolinas in '95 and found his niche in Sales & Marketing. He sold automated office equipment for a few years and then spent 8 years as a Marketing Manager where he built the largest service route of it's type in the Charlotte area. That experience proved to be invaluable as he became an expert on Communities & Neighborhood trends across the City which in turn helped launch a successful Residential Real Estate Career. Having moved many times in his own life, Beau decided as a Real Estate Broker, he wanted to be the best Relocation Resource in Charlotte. He loves living in the Carolinas and has helped lots of people make it their home. When Beau's not helping people with their real estate needs, he's usually spending time with his family, or at his local church where he sometimes serves in the drama ministry.

bookmark_borderbookmark
Real Estate Sales and Marketing – over 10 years ago

Have you seen the new Leapfish?