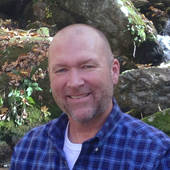 Get to know Rob Caldwell

HomeVestors of America, better known as the "We Buy Ugly Houses" company, is the only national home buying franchise. HomeVestors offers either a Full Franchise or the new Associate Franchise program to real estate investors seeking a full-time, or even a part-time career.

The HomeVestors system is not "theoretical", but based on proven techniques that have worked in buying almost 65,000 houses since 1996. Each franchise office is assigned an experienced regional Development Agent (Franchise Coach) for support, training, coaching and mentoring. HomeVestors not only teaches their franchisees how to buy, but training is provided on how to sell houses fast using one of their proven exit strategies.

HomeVestors has the system that has bought more houses than any system ever developed.

Rob Caldwell is a Development Agent (Franchise Coach) with HomeVestors of America, better known as the "We Buy Ugly Houses" Company. Rob has been involved with the HomeVestors team since 2004. Rob's role as Development Agent is to recruit, train and support the Associate and Full Franchise offices in Across the Southeast

To learn more about the HomeVestors of America franchise opportunity call Rob or visit http://www.robcaldwell.homevestorsfranchise.com/

Follow Me on Twitter for Instant Updates on Available Properties and the Asheville, NC Real Estate Market!

The 2 most Common Questions I Hear.

This video answers the two most common questions that Rob Caldwell hears as a Real Estate Franchise Coach.