Last week marks the demise of a South Orange County landmark.  When the development called Leisure World was first built back in the 1960's,   the Rossmoor Corp. erected a beautiful globe to market the homes.  It's original location was just about where Laguna Hills City Hall stands today on El Toro Road, just south of Avenida de la Carlotta and the 5 freeway.

Sadly, it was dismantled on May 16th because of a lawsuit over trademark infringement.  According to an article in the O.C. Register, the court decided that the globe was created as a symbol for Leisure World.  Since the name of the community has been changed to Laguna Woods Village, the globe was ordered dismantled.  Ironically, the O.C. Register publication for this area is named...you guessed it... The Globe.

As often happens in such matters, there is no reason to take sides, or decide who's right or wrong.  The result would still be the same,   I'm just going to miss driving by and seeing the globe...an old familiar friend and a symbol of the last century's pioneers who moved from all parts of the country to make their home is South Orange County.

I feel fortunate to have snapped a couple of photos of it before this beautiful piece of art and symbol of a bygone era was dismantled last week.  It feels like having to say goodbye to an old friend. Oh no not the globe, ...say it ain't so!  They're getting rid of everything old aren't they? I'd better watch my back.

I am sad to see the globe go. I was depending on you to watch my back...oh, what to do now? 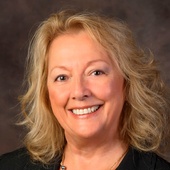