Why appraisers must consider foreclosures

1 Comments
Apparently, appraisers can't win. They were considered part of the problem - and many were - when home prices climbed by the hour, and now some are getting beat up because their appraisals are so low as to kill sales. About a quarter of real estate agents claim low appraisals have sunk deals acc...

0 Comments
If you're a first-time home buyer in this market, how could you go wrong? Nationally, sales prices of existing single-family homes are down nearly 24 percent since their July 2006 peak. Interest rates, recently 4.9 percent for a 30-year fixed-rate mortgage, are hovering near historic lows. And if...

1 Comments
Sounding like some old time radio serial our grandparents listened to, many real estate followers are warning of the Shadow. But this shadow doesn't refer to a sinister presence lurking in dark corners. Or maybe it does. The shadow that has some in real estate scared like an 8-year-old with an ov...

1 Comments
Along with saying goodbye to a rather tumultuous 2009 later this week, it's likely the new year will herald the farewell of the sub-5 percent 30-year fixed-rate mortgage. The 30-year rate was flat at 4.92 percent last week according to the Mortgage Bankers Association weekly survey. The MBA is of...

Home prices up in 30 cities

0 Comments
Not everything is headed down in today's real estate market. Despite that median home prices fell in 123 out of 153 U.S. metro areas, according to recent data from the National Association of Realtors, median home prices are up in 30 cities from where they were a year ago. And some of these citie...

The National Association of Realtors predicts an improved real estate market for 2010.

0 Comments
Home prices may rise 4 percent next year, Lawrence Yun, the chief economist for the National Association of Realtors, told real estate professionals at NAR's annual convention, held earlier this month in San Diego. Of course, that statement was met with much applause, as 2009 has been a tough yea...

Prices up in California

2 Comments
The median home price for new and resale homes in California was up in October from the previous month according to MDA DataQuick, which monitors real estate activity nationwide. The median sales price for October was $257,000, a 2.4 percent increase over the $251,000 in September. The number of ... 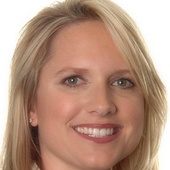