Sacramento area. We have added a small balance commercial lender to our network

0 Comments
As the Sacramento market continues to improve in certain commercial sectors we saw the need to add additional small balance commercial lenders to our network. That is what we have done this past week. The amount of commercial property that is due to refinance and or change hands  in the Sacrament...

The Sacramento area is ripe for commercial bridge lenders.

0 Comments
A Fresno firm is bringing back the TGIF near the Roseville Galleria. Roseville's commercial real estate has seen some good activity in recent months even during what would be a slow time of the year. With this rebound improvement in the unemployment numbers are sure to follow.  http://creconnecti...

The Sacramento region is the type of market big commercial real estate investors are looking for.

0 Comments
West Coast real estate investment company Merlone Geier Partners has increased its presence in the Sacramento region with the purchase of two more shopping centers. With more purchases to follow   The Blue Oaks Town Center in Rocklin which is anchored by RC Willey is an example of the type of pro...

0 Comments
The new look has been rolling out in major cities since late 2010.  Good news for the area as construction and remodel continues to pick up pace.

0 Comments
Redevelopment funds have paid for multiple rehabilitation projects in the City of Rosevillle including 800 affordable units and the facade of multiple business fronts that needed to be redone to update the structures.    But now future revitalization projects are at risk following the California ...

Southern California developer in escrow to buy the nine story condo complex known as The L Street Lofts in Sacramento.

0 Comments
The plan is to convert the property which was foreclosure by OneWest Bank a year ago. The plan is to turn the unsold condos into high end rental units, bring a restaurant and a coffee shop to the vacant spaces on the first floor as well as adding a doorman and concierge for residents.

0 Comments
The new SBA504 guidelines will allow up to a 90% refinance cash out. The equity pulled can be used as it relates to the business. Pay off debtPayrollPurchase or repair equipment Building improvements These are just some of the things that the capital could be used for. The new rules or guidelines...
Previous 1 2 3 4 5 6 7 8 9 … 14 15 Next
Back to Top Archives
Rainmaker
241,677 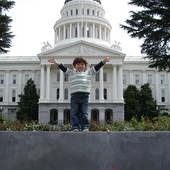