Two Words...that could save your life!

1 Comments
I give up. What are the two words??????? I'm sitting in traffic about a quarter of a mile from the stop light at one of the busier intersections in Austin, Texas. Behind me cars stretch as far as I can see. I begin to feel the tension in my shoulders as my frustration starts to build. I am just a...

My most embarrassing moment

1 Comments
With a tip of the hat to Mierla Monte for her blog, "Go hide under a rock", I would like to submit this, as my most embarrassing moment. Many years ago, before most of you reading this were on this planet, I was an intern at a hospital that specialized in Artificial Insemination for infertile wom...

0 Comments
Where were you on the "Day of Infamy"?For those of us who can remember, let's hear from you.I was at the "Polo Grounds" in New York, watching a football game between the "New York Giants" and the "Brooklyn Dodgers". Half way through the third quarter announcements were coming over the loud speake...

0 Comments
World War II Did we learn anything? It is hard to for me to understand the apathy to the wonderful show, produced by Ken Burns "War", being shown on PBS, reflected  by the lack of responses on AR to my blog on the show. Ronald J. Curtis

3 Comments
One of the great TV programs of all time is now being shown on PBS television. This is a fantastic opportunity for we senior citizens to remember, and for orthers to learn the story and the history of World War II, and the sacrificies that were made to mold this country into the home that, someti...

Referral in the Florida Keys

0 Comments
I am looking to refer to an agent in the Keys for a waterfront "shack" in the $550K to $1M.Please contact me offlinelRJ Curtis, ABR, e-Prorjcurtis1@cs.comwww.rjsellspalmbeach.com

0 Comments
Hello to all you "GATORS"!!!!!!Saw a great photograph in today's "Gainesville Sun"There are the smiling faces of our Championship basketball team at a photo shoot in New Rochelle, wearing the uniforms of teams that they will playing for in the NBA.Go to... gainesvillesun.com, and you can see for ...

2 Comments
Once you're a Gator, you are always a Gator.I have created this group to enable Gators everywhere to:Post old memories and up to date information on the goings on at G'ville.Share techniques and information that have proven to be successful in your real estate career.Refer people who are moving i...
Back to Top Archives
Rainer
82,771 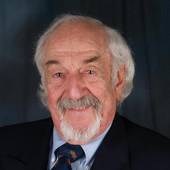