Like
Home > Blogs > Eric Martell > Blog-Home
Our goal is to provide entertaining information which agents can use and which both buyers and sellers will find useful. Sometimes we'll provide crazy stories from our years of practice.
RECENT BLOG POSTS

30 Comments
A recent court case in Florida signifies problems for banks wanting to foreclose. A bank filed for foreclosure and submitted an assignment of mortgage as basis for the case. The court found that the mortgage was carried on the books of Fannie Mae and, thus, didn't belong to the servicing bank. Ap...

A Financial Report Card just came out and it looks like we're flunking!

0 Comments
The Federal Reserve Flow of Funds report was released on the 17th.  It shows that household net worth, which is defined as assets less liabilities, plunged by over one and one-half trillion dollars during the second quarter of this year.  This huge decline seems to be mostly due to drops in corpo...

Bank-owned Properties Hitting the Market at an Increasing Rate

0 Comments
Fannie and Freddie now own more than 191,000 homes and they are foreclosing on homes at a higher rate than the homes are selling. They are warning lenders to reclaim homes quickly once the available foreclosure alternatives are exhausted.  The two mortgage companies now own more than twice as man...

Is this the Right Time to Invest in Real Estate?

1 Comments
RE/MAX founder, Dave Liniger, recently stated that "Investor Business Will Grow."  According to Liniger, who cited surveys by Campbell Communications, investors have purchased approximately 20% of the homes in the national market during the past year.    Liniger states that first-time buyers will...

One of our current listings

CDPE - Is this course worthwhile?

3 Comments
I just finished taking the CDPE course and passing the test (of course-LOL).  I'd heard from many agents that this was the single best course they'd ever taken, so I was prepared for a great experience.  I've also encountered a number of other agents who expressed doubts that the designation was ...

1 Comments
Bloomberg recently published a report that the government's Home Affordable Modification Program may result in an unexpected drop in credit scores. The article cited one consumer whose credit score dropped 59 points.  That's not as bad as the results of a foreclosure, but it's still bad and it ma...
Previous 1 2 3 4 5 6 7 8 Next
Back to Top Archives
Rainmaker
291,613 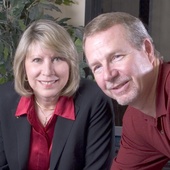