Like
Home > Blogs > Vanessa Watson > Blog-Home
I was born and raised in Richmond Virginia and spent my summers vacationing; but mostly working on the Outer Banks. I attended Mary Washington College and graduated from Virginia Commonwealth University with a B.S. in Mass Communications. I received my North Carolina Real Estate Salesman's License in 1986. Shortly thereafter I began my real estate career with Sun Realty in Avon, North Carolina. I was directly involved with all facets of development, marketing and sales of an ocean to sound subdivision, "Kinnakeet Shores". I was a member of the Million Dollar Sales Club at Sun Realty. In 1992 I relocated to Raleigh North Carolina and I returned to the Outer Banks in 1998. This was the start of my real estate sales career with Resort Realty (at one time known as Prudential Resort Realty). In 2002 I became a member of the President's Circle and placed in the top 6% of all Prudential Agents nationwide. In 2003 I was the top producing agent over all four offices of Prudential Resort Realty. I was recognized as a Chairman's Circle-Gold Award Winner. My exceptional performance placed me in the top 5% of all sales professionals and teams in the entire Prudential Network. I also received recognition in the Wall Street Journal's Distinctive Properties and Estates Section as a member of "THE DREAM TEAM" for Prudential Real Estate Sales Professionals who've reached the top of their game and the highest standards of excellence. In 2005 I joined Coldwell Banker Seaside Realty in their Kitty Hawk office. In 2008 I received the "Outstanding Performance Award". I have been the Agent of the Month on numerous occasions and have been voted by my piers in the past as the Most Helpful Agent, Best Team Player, and the agent that Other Agents would most like to work with in a transaction. In 2008 I was named "Agent of the Year" for Kitty Hawk, NC for my top production in sales volume and was named a member of the International Sterling Society. In 2009 I was the top producer in sales for the first 2 quarters of 2009 at Coldwell Banker Seaside Realty.
RECENT BLOG POSTS
Vanessa Watson has not posted any blogs at this time. Please check back again soon!
Back to Top Archives
Rainer
2,763 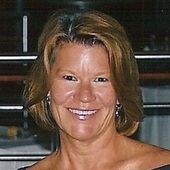