IS YOUR HOUSE NUMBER VISIBLE?

4 Comments
When an emergency strikes time is a valuable commodity.  To prevent delay and confusion in an emergency, make sure your house number is plainly visible from the street day and night.Also your house number should be in four inch high reflective numbers and placed where they can easily be seen.Rem...

2 Comments
The Rockville Centre Guild for the Arts annual production of Tchaikovsky's ballet "The Nutcracker will be performed this year on Friday, December 11th at 7:30 p.m, Saturday, December 12th at 5 p.m. and Sunday, December 13th at 4 p.m. The performances will be at the Madison Theater at Molloy Coll...

2 Comments
The Village of Rockville Centre and American Legion Post #303 will host ceremonies, including casting a wreath on the water at Mill River Park on Monday, December 7th 2015 beginning at 10:30 a.m., honoring the courage and sacrifice of the American troops who defended Pearl Harbor in 1941. All wh...

2 Comments
The Village's 122nd birthday celebration is Saturday, July 11th, 2015.  There will be food vendors & entertainment beginning at 6 p.m.  The South Shore Symphony concert will begin at 7:45.The Grucci fireworks display over Mill River wll begin around 9:15 and if necessary the rain date will be Su...

5 Comments
Beautifully updated cape cod style home in the Incorporated Village of Rockville Centre.  This home is located in the heart of the Village within the Rockville Centre SD and just steps from great restaurants and boutique shops.Close to the Long Island Railroad and quick commute into midtown Manha...

0 Comments
St. Anthony's Parish at 110 Anchor Ave. (corner of Anchor & Lincoln Ave) Oceanside, NY will be hosting it's annual Feast on June 11, 12, 13 and 14.There will be rides - food - games - entertainment and live music.  The Midway is by All County Amusements.

4 Comments
The Rockville Centre Farmer's Market will resume on Sunday, May 31st and continue every Sunday until November 22nd 2015.The market is open from 7 a.m. to noon in Municipal Parking Field 12, along the north side of Sunrise Highway, between Long Beach Road and N. Forest Avenue.

2 Comments
Monte Carlo Night at the Sandel Senior Center will be on Saturday, April 25th 2015 at 7:30 p.m. There will be professional dealers, lots of "betting" action, big prizes and music.  Also a light dinner, open bar and spectacular dessert buffet will be offered. For tickets to the Monte Carlo Night...

0 Comments
The Madison Theatre at Molloy College in Rockville Centre NY presents Russian National Ballet: Rome & Juliet and Chopiniana on March 7th, 2015. On this night the Russian National Ballet will perform a full length production of Petipa's Romeo and Juliet.  Chopiniana is a fairytale featuring trad...
Previous 1 2 3 4 5 6 7 8 9 … 14 15 Next
Back to Top Archives
Rainmaker
797,207 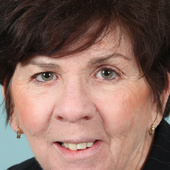