Like
Home > Blogs > Nick Bertoline > Blog-Home > Blog Archive
HOW TO TREAT YOUR FELLOW REALTORS, SOME OF MY PET PEEVES

Nick Bertoline has not posted any blogs at this time. Please select another month.
Back to Top Recent
Rainer
3,930 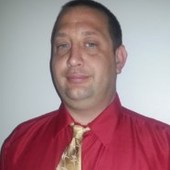 I found 3 potential properties for a client to go see the other day. The first stated it had a supra was vacant and Call first then go direct. Well I called the agent 4 times to let him know I was going to show it, and requested he acknowledge this fact with a call back, text or email. Any how I assumed that it was still available since I have not heard otherwise. So I drive 25 miles, & I arrive at the property 10 minutes ahead of my clients, and guess what.. NO SUPRA, A combo lock. I called the agent 3 times in 5 minutes ( I was so angry as this type of situation is happening more and more), and he finally answers. He informs me that he just changed the lock because they accepted an offer. Well now 3 days later the MLS has still not been updated and my client is calling me again wondering why I told him it was not available but it still shows as active. My only response was that some agents a are just jerks & don't care if they wast our time and gas. So I reported the violation with the link provided in the MLS, & I plan on calling his Broker on 09/02/2103 after the labor day weekend since he was not in the office when I called this morning. May be if he had to pay for my wasted Gas and time he would be a little more considerate of his fellow Realtors. On top of wasting my time he made me look like an idiot and that really make me more upset as these were new clients. The second home a HUD stated it needed $2750 in repairs due to missing flooring and missing water heater,and the 1 picture painted a similar profile, as the exterior shot provided looked ok. Well when we arrived and opened the door the first thing that hit me was the horrid smell or mildew mixed with roach & Rat, or something as it had been very hot and closed in. next was the pool which we looked under the tarp was in terrible shape, at minimum it would need 4-5k in re-plastering, and the rooms appear if they had flood damage, which is odd since this is not an area you would typically expect to see this, there was wood rot apparent all over, & it was a complete dump, there were rat droppings on the floor, it was a nightmare. honestly I would not blame these clients if they just ran for the hills and called another agent. I had also called a 3rd agent to make an appointment to see a short sale listing, it was shown by appointment only. Well her mailbox on her phone was full every time I called, I think 3 times in 2 days, so I emailed her with the email provided in the listing and have been getting it sent back to me as an invalid & undeliverable. Next I tried to text her 2 times with my info and request to show, still no response. WHY ARE YOU IN REAL ESTATE? PLEASE FIND A NEW JOB