EVER RUN OUT OF GAS WHILE SHOWING HOMES TO BUYERS???

8 Comments
High school BFF from Steinert High School in Hamilton NJ found each other on Facebook. Joanne and Nellie (that's me)  grew up within a block of each other.  The elementary school was closer to Joanne's than Nellie's. Middle school is a blur at this time.  And then High School.... Steinert High Sc...

Time for the Pledge of Allegiance - Stand Up, No Hats, Hand over Heart

3 Comments
Tift Merritt is a RALEIGH NC native and sings this wonderful song - Good Hearted Man - one of my favorites. Tift Merritt has a great style and voice.  Check out the website to listen to the latest record and learn more about this amazing woman.  http://www.tiftmerritt.com/

6 Comments
It's been a long time since I heard this song.  Kate Smith used to sing this live at the start of Philadelphia Flyers hockey games - years ago of course. However, I used to sing this song with my children...LOUD & PROUD God Bless America!   l

1 Comments
The National Memorial Day Concert in Washington DC will take place Sunday, May 29, 2011.  If you cannot be there in person, the concert will be broadcast live on PBS stations starting at 8 p.m.  For details: http://www.pbs.org/memorialdayconcert/ This is the first National Welcome Home of our ...

Closing tomorrow - Seller's Should have negotiated the FIRST offer!

2 Comments
One of my listings is going to closing tomorrow.  Had the sellers considered the first offer that came in 4 days after it was listed for sale, closing would have happened 6 weeks ago! BUT when an offer comes in that quickly sellers do NOT want to come down on their price.  They think they have a ...

2 Comments
Windcrest - Holly Springs NC Windcrest Subdivision in Holly Springs NC located just off Main Street Built by KB homes, Windcrest is in a great location.  They have a neighborhood pool, sidewalks, and close to walking/biking trails.  There's a nice pond and duck to feed.  Some exercise stations in... 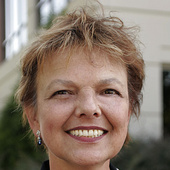