Is Your Cell Phone Safe from Cyber Criminals?

3 Ways to Save in the New Year

2 Comments
Here are 3 cool new ways to save you $$$ in 2011 Comparison Shop- Use websites like Google.com/products, Nextag.com and ShopSmart.com to check where you can get the lowest prices  Save on Printing Costs- According to ShopSmart.com using a 12-point Times New Roman font uses 27% more pages per ink ...

What Will Interest Rates do In 2011

0 Comments
Due to yesterdays server issues I couldn't post the full post.  Here it is. What will interest rates do in 2011? Mortgage rates have been on the rise since November.  Back in November the 30 year fixed rate got as low as 4.42%.   Recently rates have gone as high as 5.02%.  This is the second time...

5 Reasons Why Your Home Isn't Selling

6 Comments
Here are the Top 5 Reasons a Home Doesn't Sell Poor photos are placed in the multiple listing service  and marketing materials.  Let's face it...buyers want to see the best looking homes first.  Your agent of choice should take the best photo's possible so your home shines like a star.  Home is o...

0 Comments
New Years Eve Gala on the Midway Aircraft Carrier The party starts at 8pm and ends at 1am.  Tickets start at $159 and include a midnight fireworks show on San Diego Bay, an open premier bar, elegant dining buffet and dancing to the Big Daddy Orchestra. Yacht Party Tickets are $159 and include unl...

North Park San Diego Price Trends for the Past 10 Years

0 Comments
North Park is located north/east of Balboa park.  It boasts eclectic restaurants and cafés, hip bars and nightclubs and art galleries along Ray Street.  Some of the finest collection of early 20th century homes can be found here.   Architectural diversity exists throughout North Park, but the pre...
Previous 1 2 3 4 5 6 7 8 9 … 14 15 Next
Back to Top Archives
Rainer
70,179 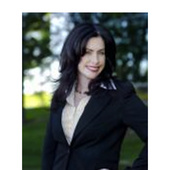 Diegocentric is about San Diego Real Estate, Community and Lifestyle.