0 Comments
Do you live in Lawrence Township?  Ever wonder what impact has the economy had on your neighborhood from 2006 to 2008?  Let's take a look at a few neighborhoods in the Lawrence Township Market. The largest decline in average sales price that I reviewed was in Masthead where the negative appreciat...

1 Comments
Have you wondered how the economy has affected the Geist Waterfront Sales?  Well I have compiled some data you may find interesting. # Waterfront Sales in 2007 17 Total Lawrence Township - 7 Sales      Median Sales Price of $701,000      Median Days on the market of 107 Fall Creek Township - 10 S...

1 Comments
I have now joined The Marchant Team at Keller Williams Indy NE.  I am excited about my new venture and look forward to a successful 2009.  It is already off to a great start!!!

Watch Samantha Peszek as she competes for the USA!!!

1 Comments
Congratulations to Samantha Peszek and her coach Peter Zhao!! Samantha Peszek will be living for a training camp in Houston on Thursday before continuing her travels to compete for the 2008 USA Olympic Women’s Gymnastics Team in Beijing!!! Samantha trains at DeVeau’s School of Gymnastics in Fish...

0 Comments
Fishers is the largest town in Indiana and was ranked 10th out of 100 by Money Magazine.  The community is known for it's affordable housing, plentiful jobs and excellent schools. Forbes Magazine recently named Hamilton County one of the "best places to raise a family" nationwide. If you are inte... 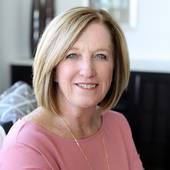