Like
Home > Blogs > Jean-Paul Peron > Blog-Home > Blog Archive
Welcome to my Blog. My name is Jean-Paul Peron. I'm a REALTOR® with The Outer Banks Real Estate Company. My wife and I built our dream home and moved to Carova, a 10 mile stretch of non comercialized beach with no paved roads and home to the Corolla Wild Horses. Carova is an nincorporated community in Cuttituck County in the extreme northeast corner of North Carolina. Its three main neighborhoods of Swan Beach, North Swan Beach, and Carova Beach can only be accessed by four-wheel drive, boat, or (if you want to splurge) by helicopter since there are no paved roads connecting Carova to neighboring Corolla of Virginia. There is actually a fence at the state line to keep the vehicles from crossing into Virginia. Living this far from civilization and this close to the ocean is a blessing that sometimes comes with a price. I will try my best to be share both sides of the coin. J-P

It is actually Snowing in Carova, NC

7 Comments
Yes you heard me right. I woke up to day to a wonderful sight of snow falling in the Outer Banks! Not only did it fall but it stuck and the snow is still falling! I just had to grab my phone a capture some video to share. Enjoy.

Will the Mid-Currituck Bridge actually happen this time? Part 2 (The Media)

0 Comments
In the first part I posted about public reaction to to the thought of getting a Mid-Currituck Bridge. The realty thou is that public opinion may not matter. The Mid-Currituck Bridge has been in the plans now for well over two decades as a way to connect the mainland of Currituck County to the Cur...

0 Comments
That is a question that is on a lot of people's minds who live live near or vacation on the Currituck Outer Banks. Many locals say that the Mid-Currituck Bridge is a pipe dream. that it will never happen and that they don't want it to happen. they believe that if it did, that Corolla would lose i...

2 Comments
With the economy residents on the Outer Banks are finding it harder & harder to make ends meet. Many of the people that I know living on the Outer Banks have built up considerable dept in the past couple of years.  Some have moved to other areas, but many locals are used to having to "weather t...

1 Comments
As with most of North Carolina, Currituck County has been trying to do their in going Green and being more environmentally conscious. In 2008 they had set up the Currituck Goes Green Initiative. Their goal for this initiave was to save tax dollars, assure clean land, air and water, improve worki...

2 Comments
Each year more families with School aged children move into the communities of Corolla and Carova. As the numbers grow the need for a local school becomes greater & greater. The Corolla Education would like your opinion. If you live anywhere on the Outer banks or the Currituck Mainland, please ...

Wordless Wednesday: Where is the "Nights In Rodanthe" house going?

9 Comments
Serendipity, the house made famous in the move "nights In Rodanthe" was moved this past Monday to it's new home by the same company who moved the Hatteras Lighthouse. The county ordered the move for safety concerns and although it went to another ocean front lot in Rodanthe, it just won't quite m...

Wordless Wednesday - The End of an Era

4 Comments
Some may call it the end of an era, others may say good riddance to an oceanfront eyesore.  Either was is was an awesome sight this past Saturday as a true Carova land mark has its last moments in the Sun. I never knew orange could be so vibrant. The picture just doesn't do it justice.

0 Comments
Explore the Moonlight Legend, Lore and  Ghosts of the Whalehead Club in Corolla, NC on  Saturday, February 6, 2010 beginning at 7:00pm.  This guided tour is the most fun you can  have for $14!  Maybe you have  toured the colorful rooms in  the daylight and been curious  about what it woul...
<< Previous 1 2 Next >>
Back to Top Recent
Rainer
393,315 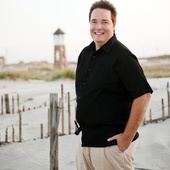