198 Comments
We're (very) aware that ActiveRain has been unreliable over the past few weeks. It's incredibly frustrating when viewing a blog post, leaving a comment, catching up on your Social Blog, or perusing your favorite groups takes minutes, not seconds. It's also frustrating for us — like you, we spend ...

36 Comments
Q: What's better than a new theme on Thursday? A: Scotch. And also, infinite new themes. I'm pleased to introduce our latest (and greatest!) theme: Chameleon. It's not much to look at on the surface. But like the crafty creature with whom it shares its namesake, there's far more than meets the ey...

What's that leathery taste? How did that shoe get in my mouth…?

11 Comments
In an effort to make ActiveRain faster, stronger, and generally more fun to use, commenting and creating blog entries broke for those users browsing with Internet Explorer. We're working to correct the issue; in the interim, posting with Firefox, Google Chrome, or Safari will work.

The Sun is Rising…

The Great Frame Up (or: How I Learned to Stop Worrying and Trust ActiveRain)

36 Comments
Most domain registrars offer a free feature called "forwarding" or "framing" or "masking". At first blush, it seems like a quick and easy way to setup a custom domain that displays your content. You don't have to do anything on ActiveRain, you get a cool domain that shows your blog, and everyone ...

41 Comments
Because life is too short to spend in the company of mediocrity.

125 Comments
Even though it's Wednesday, I can't keep quiet. I have a confession – we've been working on more than fixing bugs for the past few weeks! I'm delighted to announce the immediate availability of our new Team and Individual Blogs. These replace the antiquated (and hilariously dilapidated) Outside B...

Localism and Listing Router Sittin' in a Tree…

54 Comments
The ActiveRain team rarely sleeps or vacations. Today, I'm pleased to announce the happy marriage of Listing Router and Localism. Here's how it works: You sponsor a Localism city or community: You can now login to your Localism account (https://localism.com/account) and assign a "Listing Router U...

A Day Without Rain

139 Comments
When it rains, it pours. But in this case, that's hardly an apt analogy; perhaps when it ceases to rain, the resulting drought is both immediate and devastating. The cluster of servers responsible for the magic that is ActiveRain took a collective nosedive early (early!) this morning, leaving ac...

73 Comments
Rich Jacobson, beloved Community Builder and consummate crabber, was rushed to the hospital late last night after a daring raid on an Upper Manhattan condo left him seriously injured. Police have refused to comment, citing the ongoing investigation, but our sources claim he was violently attacke...
Previous 1 2 Next
Back to Top Archives
Rainer
54,547 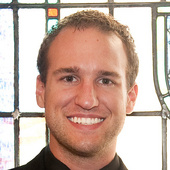