22 Comments
1. ARBITRATOR: A cook that leaves Arby's to work at McDonalds2.. AVOIDABLE: What a bullfighter tries to do3. BERNADETTE: The act of torching a mortgage4. BURGLARIZE: What a crook sees with5. CONTROL: A short, ugly inmate6. COUNTERFEITERS: Workers who put together kitchen cabinets7. ECLIPSE: What...

17 Comments
Did you watch this? What did you think? One big jump for man, one big jump for mankind? Are you afraid of heights? Ever dream you were falling.  This is the ultimate, but for what?   Austrian skydiver Felix Baumgartner is diving to Earth on his mission to break a series of freefall records.

13 Comments
1. ARBITRATOR: A cook that leaves Arby's to work at McDonalds  2.. AVOIDABLE: What a bullfighter tries to do  3. BERNADETTE: The act of torching a mortgage  4. BURGLARIZE: What a crook sees with  5. CONTROL: A short, ugly inmate  6. COUNTERFEITERS: Workers who put together kitchen cabinets  7. EC...

6 Comments
I changed my iPod's name to Titanic. It's syncing now.   When chemists die, they barium.   Jokes about German sausage are the wurst.   I know a guy who's addicted to brake fluid. He says he can stop any time.   I stayed up all night to see where the sun went. Then it dawned on me.   This girl sai...

0 Comments
Admirals Walk Luxury Condos for Sale Boca Raton Florida Luxury near the water     Admirals Walk Condominiums are located in Boca Raton, Florida  on North Ocean Blvd. These residences are in a 19 story building and offer views of the intracoastal and ocean. There are 68 units in at Admiral...

1 Comments
Living on the ocean, we get to watch the sun rise over the water.   At the end of the day, there is often a beautiful painted sky.   Nature provides the beauty, colors, and inspiration for all.     Boca Raton Condos on the ocean are magnificent and currently priced better then in ages. Great loca...

13 Comments
FOR LEXOPHILES (LOVERS OF WORDS)  1. A bicycle can't stand alone; it is two tired.  2. A will is a dead giveaway.  3. Time flies like an arrow; fruit flies like a banana.  4. A backward poet writes inverse.  5. A chicken crossing the road: poultry in motion.  6. When a clock is hungry it goes bac...

Shadow Inventory How Big is It?

18 Comments
We live in a world of contradictions.  Over and over again we see complaints of not enough inventory.    Gary Schilling questions that premise and suggest that prices may actually drop due to the market being flooded with inventory.    Here is the quote attributed to Mr. Schilling. "It would take...
Previous 1 2 3 4 5 6 7 8 9 … 14 15 Next
Back to Top Archives
Rainmaker
178,234 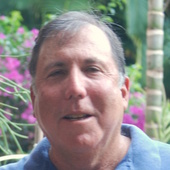