A Little about Granada Hills, CA where I work and where there is great Real Estate to Be had

0 Comments
Nestled in the scenic San Fernando Valley, just 25 miles from Downtown Los Angeles, Granada Hills feels far away from the hustle and bustle. Known for years as “The Valley’s Most Neighborly Town,” Granada Hills has a population of about 60,000. It features great schools, a low crime rate, the be...

0 Comments
This is an article I was reading on DQnews.com and found very interesting in for SoCal residents.  Check it out !!!   Southern California home sales rose last month in all but the lowest price categories as buyers took advantage of tax credits and low mortgage rates. The median price paid topped ...

0 Comments
The Van Nuys Airport (VNY) in what is now Lake Balboa ranks as the busiest general aviation airport in the entire country, averaging almost 400,000 takeoffs and landings annually. It also contains over 100 businesses and contributes over $1.3 billion annually to the economy.   Visit www.Clarksell...

0 Comments
clarksellshomes — June 04, 2010 — Explaining why there is a housing shortage in today's market and other future real estate forecast!!!

0 Comments
Short Sales     Advantages of a Short Sale vs. Foreclosure   -A smaller impact to your credit rating and FICO score   -Eligibility to purchase another home more quickly   -No public record of a foreclosure in your name   -Ability to negotiate to avoid a deficiency judgment ag... 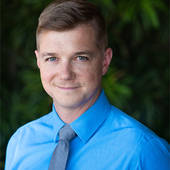