Do you have a screenwriter? Why not hire a director as well? Avoiding unwanted social media advice

10 Comments
"Let your content show your unique personality." This is GREAT advice from Jason Crouch!   Originally posted in 2009.   Still valid today! I don't profess to be a technology or social media guru, but I will say that I have been immersed in this stuff for a couple of years, so I certainly have dev...

4 Comments
For the first time in basketball history, one amazing team will be trying to win 73 games and break the season record. That team, of course, is the Golden State Warriors.  They've already tied the 1996 Chicago Bulls, of Michael Jordan fame, with 72 wins. It's been such a pleasure to watch the inc...

What Donald Trump needs to learn about social media.

6 Comments
* * * * *Sometimes there are surprises in sports.  That's why you have to play the games.I'm surprised, but happy, to see the Broncos are leading in Super Bowl 50.I hope Peyton Manning earns his second Super Bowl ring.  He's one of the all-time great quarterbacks.  Tonight might be his last game....

2 Comments
Today we're watching history in the making!!!  Peyton Manning and Tom Brady are two of the all-time great football quarterbacks. Peyton's team, the Broncos, won the first half.  I hope they win this game so Peyton has one more opportunity to be a Super Bowl champ. Go Peyton!!!  Go Broncos!!!

7 Comments
We've been without an NFL team in the LA market for so long that I had almost given up hope.   However, today the NFL surprised me and okayed the Rams to come back to LA after a 21 year absence.   It was fun to hear Vince Ferragamo on the radio tonight.   Welcome Home Rams!!!

What I Have Learned from Dr. Seuss and Seth Godin about Marketing

11 Comments
Here's more excellent advice from Jason Crouch, which was originally posted in July of 2009.  Don't copy the marketing of other agents.  Tell your own story!  I am a big fan of Dr. Seuss, and I guess I have been for as long as I can remember.  I have enjoyed reading his books to my kids for over ...

What Motivates You? A Quick Look at How I Got into Real Estate

1 Comments
December is a good time to plan for the future, and also to reflect back on what really motivates us.  This is from Jason Crouch in 2009. Not long ago, I was speaking with a friend of mine, and I explained to him that one of the quickest ways to get me to do something was to utter one of the foll...

3 Comments
2015 will be remembered by basketball fans for many years.  I've always been a Lakers fan but the Warriors should be congratulated for doing something amazing.  Starting the season with 23 wins, and no losses, has never been done before.Steph Curry is the best shooter I've ever seen.  He's made s...

3 Comments
This helpful post, by Jason Crouch, received 144 comments in 2008!  Are you using Twitter and/or Facebook to supplement the results you get from your ActiveRain account? I don't consider myself to be a social marketing guru (yet), but I do spend a little time each week on all of the top social me...
Previous 1 2 3 4 5 6 7 8 9 … 14 15 Next
Back to Top Archives
Rainmaker
385,875 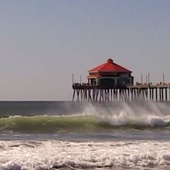