Century 21 Featured on Special Episode of The Cake Boss!

2 Comments
"After four years of plunging home prices, the most attractive asset class in America is housing," proclaims Fortune magazine, one of the world's premier business publications, in its April cover story. The article, headlined "The Return of Real Estate," explains that several market forces have c...

0 Comments
To see the rest of the photos from the convention, please click here.

Who Profits From Foreclosure?

0 Comments
Depsite an improving economy and government efforts to keep homeowners in their homes (HAFA and HAMP programs), foreclosures are still on the rise, especially in California. The San Francisco Bay Area has been especially hard hit. Some statistics: In 2010, foreclosure activity increased in 149 of...

Fannie Mae is Reaching Out to Troubled Homeowners With New Website

1 Comments
Fannie Mae is finally stepping up and giving homeowners a great resource to turn to when they feel like they may be in trouble. Homeowners struggling with their mortgage payments are still increasing. The evidence: the national foreclosure rate is now above 3%. Another 7% of homeowners are more ...
Previous 1 2 3 Next
Back to Top Archives
Rainer
15,241 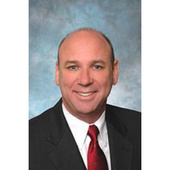