5 Comments
Yes, I saw this live on TV and you should have seen my little face. Lol. I still do not understand one second of the Tiny Tim phase. Maybe he was the first viral video. As I listened to this today, I think I know what his real job should have been.... GLENDA THE GOOD WITCH IN THE WIZARD OF OZ!  ...

5 Comments
In 1836 five sites served as temporary capitals of Texas: Washington-on-the-Brazos: Harrisburg: Galveston: Velasco: and Columbia. Sam Houston moved the capital to Houston in 1837. In 1839 the capital was moved to the new town of Austin.Texas comes from the Hasinai Indian word tejas meaning frien...

5 Comments
Yes indeed Monday is here. Time to prepare for an awesome week! Enjoy each moment and look for the CUE. The Cue that opens the door of opportunity for your entire week. This is going to be a great week and you are on TOP! Take a deep breath and go out and make it a FANTASTIC MONDAY!

Sunday Thoughts...Is God Real to you

Saturday Post...What kind of life do you want to live?

7 Comments
What kind of life do you want to live? Where, how, Why? Buying and selling real estate can help you reach your goal. Austin Texas is a great place to look into real estate as an investment. If you would like to know more about owning in Austin contact me at: alan@alaninaustin.com

1 Comments
It is situated in the south-central part of the state on the Colorado River. The site was called Waterloo in 1838, and in 1839 it was incorporated as a city and chosen as the capital of the independent Republic of Texas. Waterloo was renamed Austin in honor of Stephen F. Austin, the founder of t...

7 Comments
You really can't beat and honest interaction with a group of children. Art Linkletter was the master of the ceremony but the kids were the stars. Above is an old clip. Many of you may remember the show. Our family enjoyed watching the show. If you have memories of the show share them. Have a wo...

6 Comments
A cacophony (noun) is a mixture of horrible sounds. Imagine birds screeching, alarm bells ringing and babies screaming…and you’ve got yourself a cacophony!You may already know that words that end in phone or phony are related to sound in some way. Cacophony comes from a Greek word made up from ...

2 Comments
BOX APP  If you are a fan of Dropbox but looking for more security and control, Box is the perfect app for you. Box provides the ability to view, download, edit and annotate files, and then securely send those files to colleagues or clients anywhere. With Box, I’m also able to mark a folder for ...

5 Comments
LUCKENBACK TEXAS...http://www.luckenbachtexas.com  After the popularity of the song “Luckenbach, Texas,” so many road signs were stolen that the government stopped making them. Luckenbach is an unincorporated community thirteen miles from Fredericksburg in southeastern Gillespie County, Texas, U...
<< Previous 1 2 3 4 Next >>
Back to Top Recent
Rainmaker
1,269,140 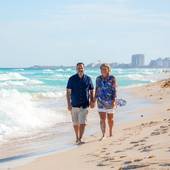